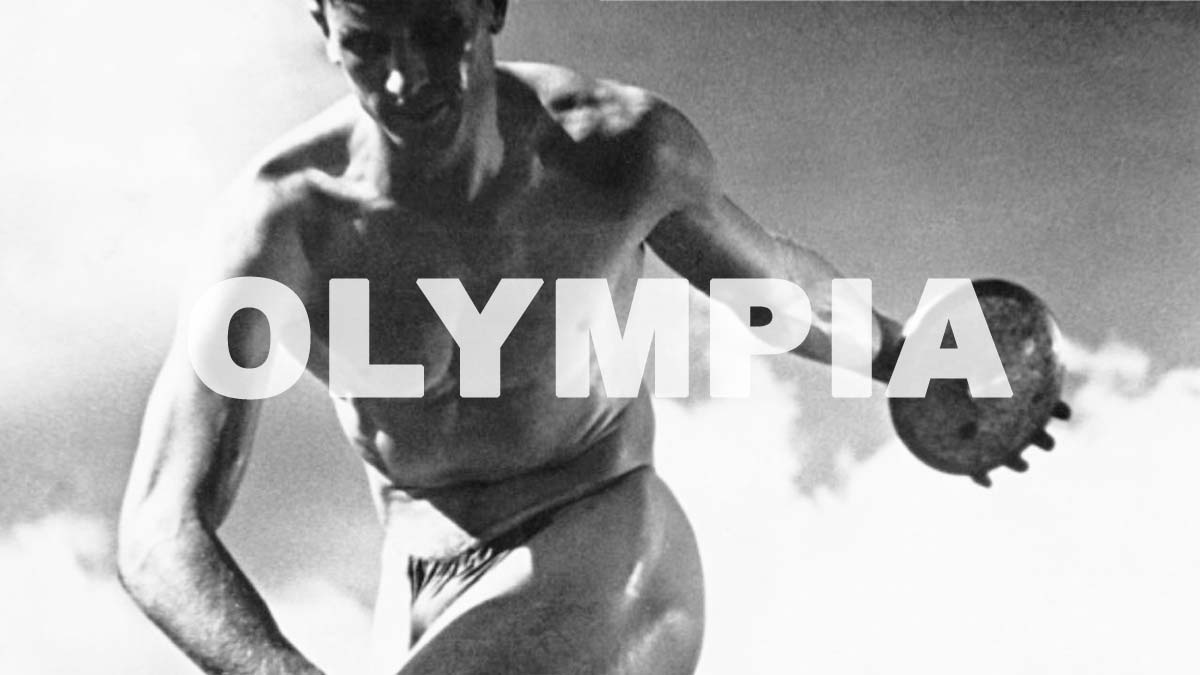 Our Akira Kurosawa online film club continues its descend into propaganda with Leni Riefenstahl‘s Olympia, a film documenting the 1936 Summer Olympics which were held in Germany under the watchful eye of Adolf Hitler and his regime.

Whether the two-part, three-and-a-half-hour long film should actually be labelled a propaganda piece is a rather interesting question. Coming three years after Riefenstahl’s quite magnificent and very overtly propagandist Triumph of the Will, Olympia is a more delicate matter, seemingly less concerned with political ideologies and more enamoured with athletic spirit and experimental filmmaking. Yet, under the surface runs a strong current fuelled by Hitler’s racial policies and the constructed mythology of the Aryan superman. And so, while initially almost universally praised, reception soon soured as the atrocities in Hitler’s Germany increased and western viewers began to fixate on the film’s propagandist aspects, a fate that Riefenstahl herself had to wrestle with for the rest of her career. Whether the film and its director deserved this is an open question.

Although Kurosawa, like Riefenstahl, found himself working for the axis war machine and must almost certainly have been familiar with the German director’s work, fairly little has actually been written comparing the two directors. In English at least, of the standard Kurosawa literature only Galbraith appears to make the comparison, noting similarities between The Most Beautiful and Riefenstahl’s work:

Had Kurosawa embraced Japan’s militarism, he might have been as dangerously influential as Germany’s Leni Riefenstahl — his editing in particular recalls her style. This is most apparent as the girls play volleyball as part of their physical exercise. These scenes are cut at an extraordinarily quick pace, and Kurosawa alternates long, spontaneous shots with rhytmic insers and much more obviously staged but very dynamic tight shots of the girls’ happy faces. And, like Riefenstahl, he often cuts away to inanimate objects to reflect on or punctuate a particular scene, especially to signs about increasing production, which are all over the factory. (48)

In addition to editing, some of the techniques employed by Riefenstahl in Olympia may also remind the viewer of Kurosawa’s work. Perhaps most impressive is her use of slow motion throughout the film, six years before Kurosawa also famously applied the technique in Seven Samurai.

There is also another angle from which one can approach a potential Riefenstahl-Kurosawa connection. Thirty years after the Berlin Olympics, the sporting event was hosted in Tokyo in 1964. Kurosawa was offered the role of directing a documentary of the event and worked on the project for two and a half years, even travelling to Rome in 1960 to familiarise himself with the games. In the end however, Kurosawa came to a disagreement with the film’s producers over the proposed budget and departed the project which was later given to Kon Ichikawa, whose Tokyo Olympiad is today considered a classic. What Kurosawa’s Olympia might have looked like is a fascinating question.

Leni Riefenstahl’s Olympia is fairly widely available and can also be viewed on YouTube from a print which, while not of stunning quality, is free. The film comes in two parts, both of which you can find below.

If you are new to the Akira Kurosawa film club, check out the film club page for more information about our propaganda series, as well as the full schedule.

No reactions to Olympia?

Here’s this month’s Film Club Xtra, Listen to Britain. It’s a really interesting exploration of sonic filmmaking, and I think a good companion film for the visually stunning Olympia.

A serious question though: is there enough interest in continuing with the film club? I’m happy to organise it, but since neither these propaganda films, nor really the Rashomon ones last year have garnered much interest or discussion, I wonder if there is any point in continuing?