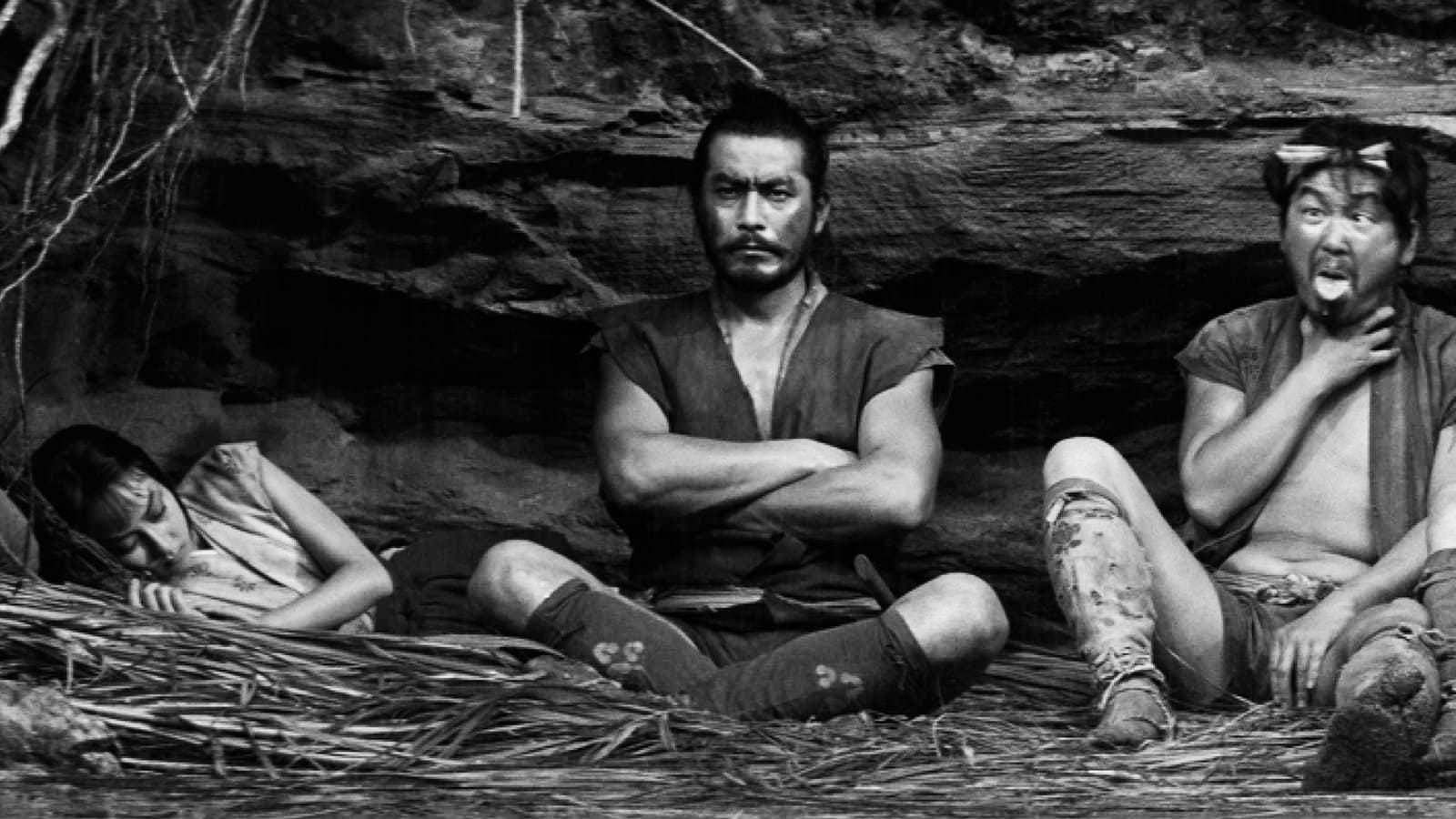 This October we continue our journey through Akira Kurosawa’s samurai works with the 1958 film The Hidden Fortress.

Although The Hidden Fortress is one of Kurosawa’s most popular works, not least because of its influence on George Lucas’s Star Wars, it is also one of his least dissected, at least among his major films. Mitsuhiro Yoshimoto‘s assessment of The Hidden Fortress as “technically superb yet trite” (273) is a fairly typical way to summarize it, as is Masumura Yasuzo’s encapsulation of the characters as cardboard figures inhabiting Disneyland (quoted in Yoshimoto). It is generally agreed that there is very little depth in The Hidden Fortress that would allow for much in-depth assessment.

Yet, the film was a huge box office success at the time of its release and continues to be one of Kurosawa’s most loved works. Donald Richie actually calls it “near to being the most lovable film Kurosawa has ever made” (135), and it is certainly a very well made film. It was also the first film that Kurosawa shot in widescreen, a fact that surprises me every time I see it, so assured is Kurosawa’s handling of the extended screen space.

The Hidden Fortress was remade in 2008 as The Last Princess. I wasn’t hugely impressed back then, although I have recently been thinking about watching it again.

An altogether more interesting reworking was put together by our very own ssj a couple years back, when he released The Sukaiwaka Fortress, a fan-edit which trimmed Kurosawa’s film, replaced the music with John Williams’s Star Wars score, and resubtitled it with Star Wars style dialogue. You can read a bit more about it here, and while there, be sure to watch the making-of documentary “It’s Wonderful to Chronohop”, which makes me crack up every time I think about it.

As usual, information about the availability of Kurosawa’s own The Hidden Fortress can be found from the DVD releases and Blu-ray releases pages.

What’s your own take on The Hidden Fortress? Do you agree with the usual somewhat dismissive approaches to it? Is pure entertainment and technical excellence enough to make a film great? Where do you place it in Kurosawa’s full oeuvre?

thanks for the shout-out, vili!

i’ve been reading the fantastic discussions on THF elsewhere in the forum. lots of good insights and commentary there.

on the subject of responsibility: tahei and matashichi were responsible for a fair amount amount of tragedy for the akizuki/sukaiwaka clan. their bungling drew the attention of the enemy forces, which eventually led to the discovery of the fortress and the death of the fortress guardians, either by suicide or by murder. they even contemplated raping the princess, though it’s not clear she or the general ever learned of their intentions.

yet the two are rewarded in the end. were their pack mule duties and their idea of passing into hayakawa thru a side door enough to offset the damage they’d caused? or did the screenwriters (kurosawa included) forget their transgressions in order to have a tidy ending?

R2 and 3PO also bungled their way thru their adventures, but i don’t recall them being the cause of tragedy.

just saw the trailer for the hidden fortress remake from 2008, the last princess.

some period films have a “modern” feel, with multiple factors contributing: modern speech, hairstyles, other anachronisms. for breezy entertainment, these aren’t problems, just items of note.

with kurosawa films, though, i don’t get those anachronistic vibes. i suspect it’s because he and his crew frequently traveled to 16th-century japan to film. 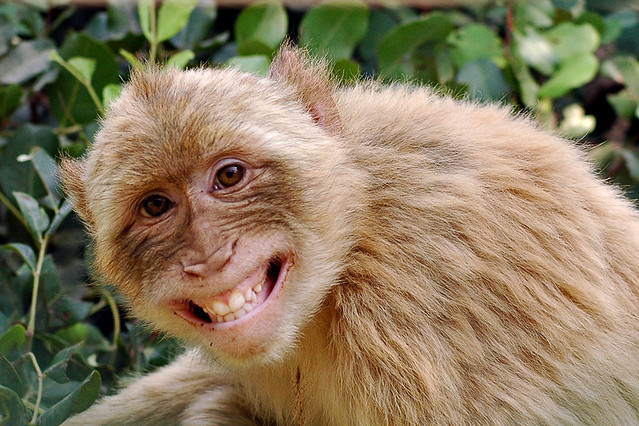 In complete and brutal honesty, “The Hidden Fortress” is probably one of my least-watched Kurosawa movies. That’s not to say it’s a bad film or even a dissatisfying one — it’s fun, it’s funny, it’s immaculately shot, it accomplishes what I think it set out to do — but at the same time, it’s not a movie I find myself compelled to watch very often. I think I’ve only watched it maybe 2 – 3 times in my life; I’ve found it to be a solid and entertaining movie on each screening. But at the same time, I never find myself compulsively urged to revisit it again in the near future like I do with, say, “Stray Dog” or “Rashomon” or “Seven Samurai.” Even in the company of other Kurosawa movies that I put on for pure entertainment value, I’m more inclined to reach for something like “Yojimbo.”

I completely forgot about the remake of this film, which I’ve been hesitant to see. Shinji Higuchi is a marvelous special effects technician, perhaps the greatest at work in Japan today, but as a director of live-action footage — as a storyteller — he doesn’t exactly have the most impressive reputation.

low-hanging question, so to speak:

some soldiers in THF wear pants, others shorts. but some of them had only thong-type loin cloths, thereby exposing their buttocks. was this an actual style of clothing back in the day?

the thong doesn’t seem very protective. sitting on dirt or rocks would be uncomfortable in such an outfit, and there would be little protection from sun and weapons. was there a ventilation benefit, especially on a humid summer day? did anybody dress that way in the winter?

did they do it for the tan?

i don’t want to divert the thread overly much to talk about my edit, but i’ve noticed in other threads there were discussions of THF’s pacing problems. . . which brings up the question, what bits of the movie would you trim further, if you could?

my solution: removing about 13.5 minutes from a 139-minute movie.

some of the parts that i identified for trimming:
• tahei and matashichi climbing and descending the rocky hill. we don’t need to see all of it.
• tahei and matashichi bickering in the ditch. this dragged on. also, an eyelid tic was prominently demonstrated and taunted in that scene but never appeared anywhere else in the movie.
• talk of violating the princess. i made the edit with my children in mind; one of my kids had taken a great liking to star wars, and i wanted her to see one of the primary inspirations for star wars without having it marred by talk of rape. this unfortunately meant excising the slave girl’s heroic moment, since it wouldn’t make sense without tahei’s and matashichi’s preceding behavior.
• the princess’s singing, hyoei’s singing. hearing the fire festival song once was enough, thank you.
• one-by-one horseback arrivals at the overlook.

with these and a few other excisions, the film flowed much better for me.

one part that i wanted to trim was tahei and matashichi performing charades in front of the princess. but that scene was needed to set up their short-lived horse theft and gold theft.

Several years since last time I saw this. More fun than I remembered.