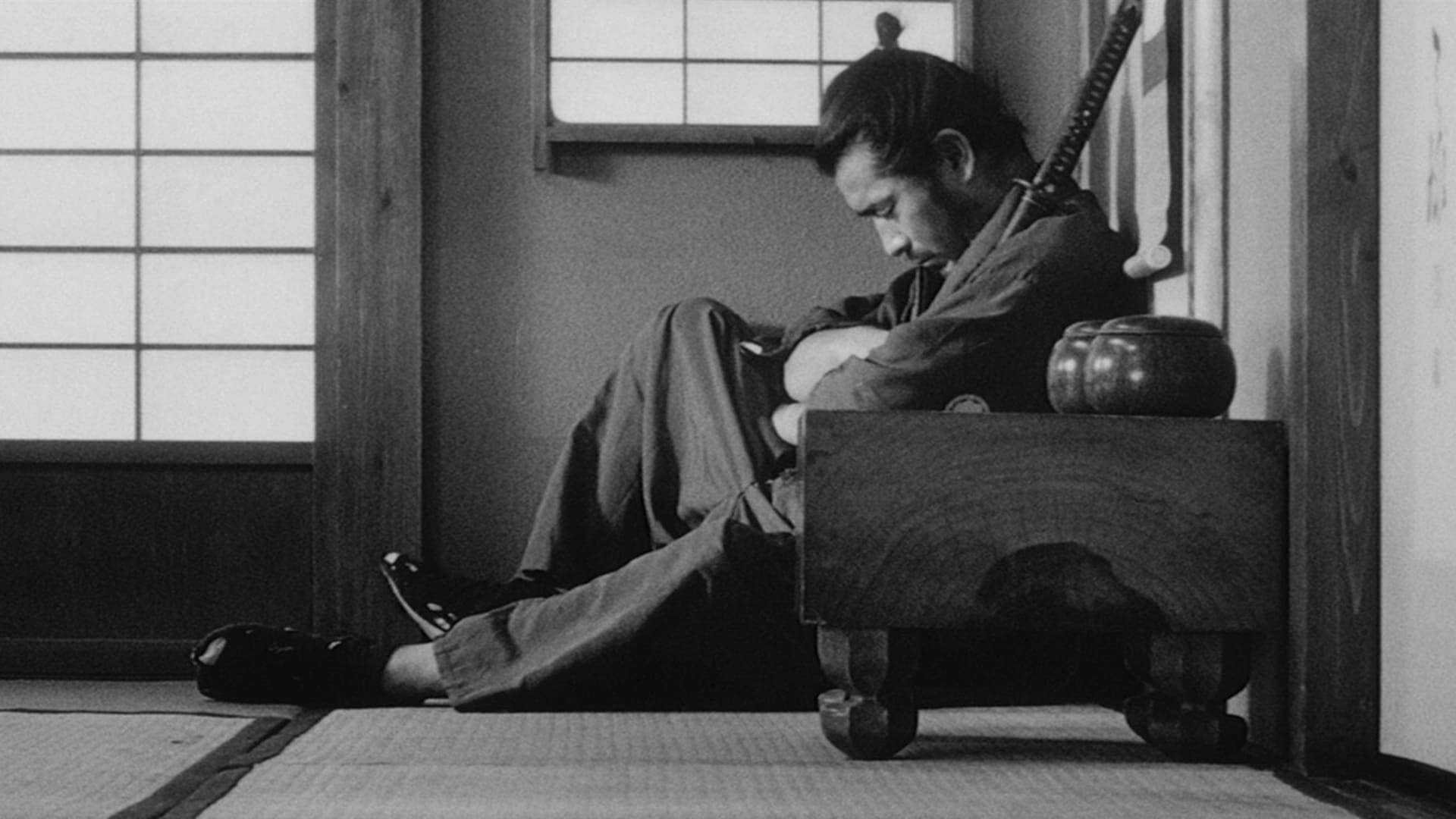 This month’s film for the Akira Kurosawa Film Club is Sanjuro, Kurosawa’s 1962 sequel to Yojimbo.

Kurosawa had not originally planned to direct a sequel to his 1961 samurai film, but following the film’s massive critical and commercial success, his studio Toho asked him to seriously consider the idea. The only sequel that Kurosawa had directed before had been the 1945 film Sanshiro Sugata Part Two, a follow-up to his debut film, the studio-forced production of which he had not been very enthusiastic about. But for some reason, the idea of revisiting the character portrayed by Toshirō Mifune in Yojimbo seemed to interest him. Perhaps it was due to Kurosawa wanting to correct certain aspects about the way Yojimbo had been received, or maybe he saw film’s financial success an asset for Kurosawa Production Co, his recently founded production company that now had a stake in Kurosawa’s new films.

Whatever the reason for revisiting the character, Sanjuro is not a sequel in the traditional sense of the word. Instead of continuing where the previous film had left off, Sanjuro has relatively little direct connection with its predecessor. While the hero remains the same character, or at least something very similar, and although there are some musical, visual and other winks to Yojimbo, on the whole the story, characters, milieu and most importantly the tone of Sanjuro are very different from Yojimbo. There is a definite shift in tone, with Sanjuro being lighter, brighter, more relaxed and more openly humorous than the often gritty and even grotesque Yojimbo had been. Gone were also many of the influences taken from the western and noir genres, with Sanjuro being a more direct samurai movie than its predecessor. It is, for these reasons, perhaps better thought of as a companion piece than a sequel.

The idea for what became Sanjuro had in fact originated as an entirely different project, something Kurosawa had written for his former assistant director Hiromichi Horikawa to direct. It was based on a short story by the popular Japanese author Shūgorō Yamamoto and featured a samurai who was hopeless with his sword but quick with his wits. As that project had failed to take off and Kurosawa was thinking about a film to follow Yojimbo with, he took the script and together with Ryūzō Kikushima and Hideo Oguni reworked it to feature the larger than life super samurai that he had established in Yojimbo.

Although Sanjuro was the first Kurosawa film to be based on Shūgorō Yamamoto’s writing, the following years would see the director draw frequently from the author’s oeuvre. Both Red Beard (1965) and Dodesukaden (1970) are based on Yamamoto’s stories, as is Dora-Heita, written in the late 60s and filmed in 2000 by Kon Ichikawa. Kurosawa’s later screenplays for his two “posthumous” films, After the Rain (1999) and The Sea is Watching (2002), were also adaptations of Yamamoto’s works, making him the author whose works Kurosawa adapted most in his career. And yet, Yamamoto’s name rarely comes up when Kurosawa’s literary sources are discussed, with western film critics in particular preferring to concentrate almost solely on Kurosawa’s debt to western authors like Shakespeare, Dostoevsky, Tolstoy and others, and in doing so underlining the myth of Kurosawa’s “foreignness”.

At the time of its release, Sanjuro was both a critical and commercial success and remains one of Kurosawa’s most celebrated films today. Yet, it tends to be somewhat shadowed by its predecessor, and is rarely discussed without comparing and contrasting it with Yojimbo.

For the home video availability of Sanjuro, see the DVD and blu-ray pages.