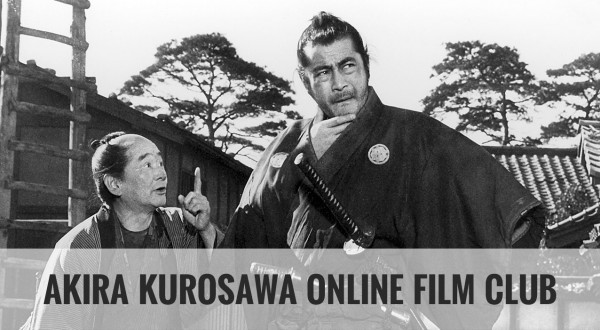 The Akira Kurosawa Online Film Club is our very own and very informal film studies group where we watch and discuss a new film each month. You can find the full schedule at the bottom of this page. An introductory news post is provided at the beginning of each month to announce the new film and to provide some background for discussion.

Participation is open to anyone. Anything and everything related to the films can be discussed, although spammy or offensive posts will not be tolerated. The discussion is carried out over at the announcement’s comments and the forum section, and you do need to register to the website to be able to post.

Apart from the obvious – an internet connection and the willingness to participate – you just need to get hold of the films themselves. Kurosawa’s films are easily available in most parts of the world, both as rentals and purchases. As for other films, we try to pick ones that are fairly easy to get hold of.

To help you with your Kurosawa buying and renting decisions, do take a look at the DVD and Blu-ray guides. You are also more than welcome to ask us for help, although please note that we don’t do copies.

There are only a few rules, but everyone participating should be aware of them.

The film club is currently taking an extended break.

For a list of films that the film club has watched previously, see the archive of film club announcements.

Much of the previous discussion can also be found in the theories and interpretations section in the forums.