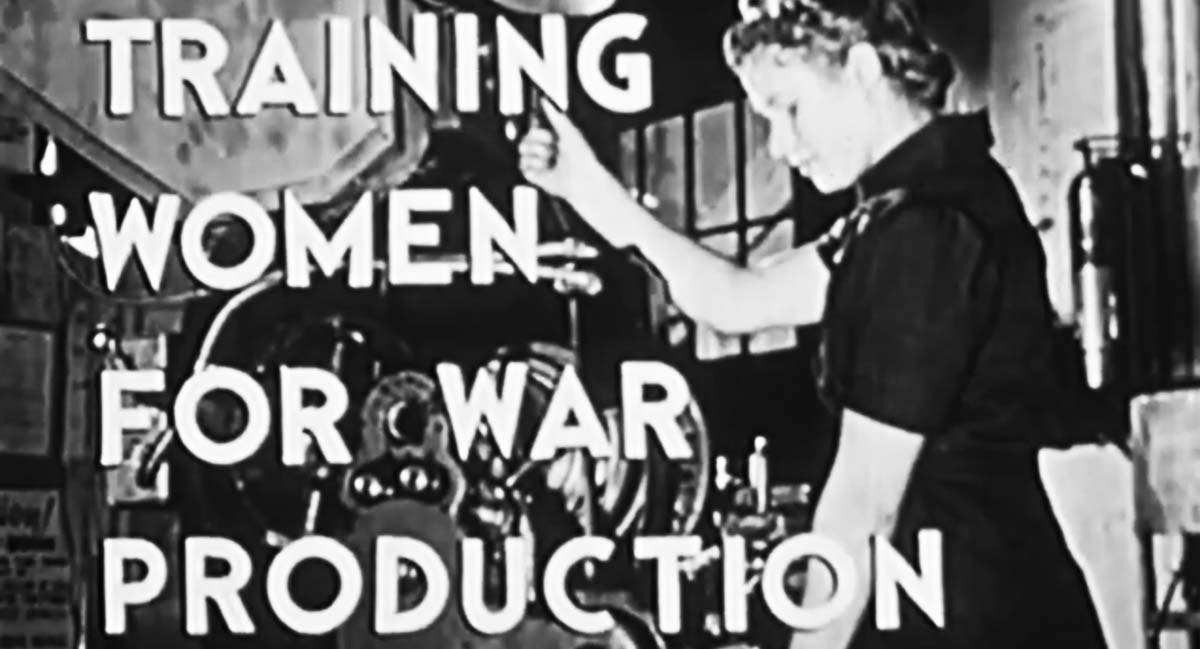 Our Akira Kurosawa Film Club started its “film as propaganda” series earlier this month with Kurosawa’s 1944 film The Most Beautiful. While the discussion of that film continues on this page, as a short companion piece to our main feature we are also taking a look at the short American propaganda film “Training Women For War Production” from 1942.

Narrated by Eleanor Roosevelt, the eight-and-a-half-minute video is conveniently available on YouTube, and you can watch it below.

These short extra films are meant as complementary to their main features. While these films may not always be of high artistic value, they will hopefully serve to give historical or political context, or perhaps a new angle to the main feature.

Other famous WW2 propaganda films that had women’s part in the war as their primary subject include the 1942 American romantic drama Mrs Miniver, as well as the 1943 British documentary drama The Gentle Sex. Have you seen these, or do you know of others?

If you are new to our film club, you can find more information, including the full schedule of our 13-month propaganda series, at the Akira Kurosawa Online Film Club page. Join us!

Tagged with Film Club, the most beautiful, training women for war production, women in ww2