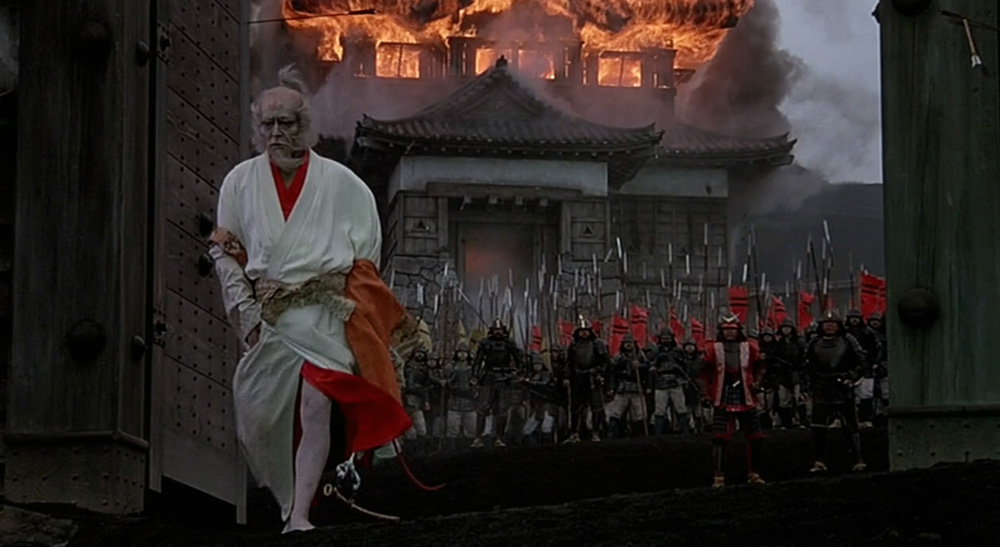 Today we celebrate the 30th anniversary of Akira Kurosawa‘s epic Ran, which premiered at the Tokyo Film Festival on May 31, 1985 and went to wide release a day later. The film was Kurosawa’s last work to enjoy almost universal praise, with the notable exception being its homeland Japan, where the reception was more muted.

Ran is a mixture of Shakespeare’s King Lear and Japanese historical legends from 16th century Japan. Like Kurosawa’s two previous films, it was produced largely with the help of foreign investment and won numerous international awards. Today, Ran is considered one of Kurosawa’s most important works.

For more information about how the film came to be, see our Akira Kurosawa biography as well as our film club intro from last year. For information about the film’s home video availability, see the Blu-ray and DVD sections.