Criterion to release ‘High and Low’ on Blu-ray 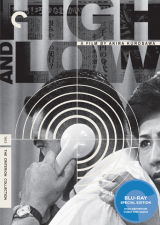 Criterion has announced that it will be releasing a blu-ray edition of Akira Kurosawa’s High and Low on the 26th of July.

As with Criterion’s other blu-ray updates of Kurosawa’s films, the blu-ray High and Low will not contain any content that was not already included on their 2008 DVD edition. The transfer, of course, has been upgraded to high definition.

As Criterion’s previous forays into Kurosawa blu-rays have all been successful, there is no reason to believe that their blu-ray High and Low would do differently. We will, of course, see for ourselves in late July.