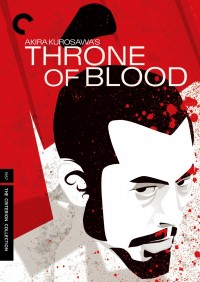 Back in January 2014, Criterion put out Throne of Blood as a dual format release which included both a Blu-ray and DVD version of the film. If your reaction to the package was total disappointment and absolute disgust due to the inclusion of an old and outdated release format, you will be happy to hear that you can now pick up a copy of the set without the offending DVD disk.

The contents of the Blu-ray release are exactly the same as before:

The price is also more or less the same.

For information about availability, see the film’s entry at the list of Akira Kurosawa Blu-rays.