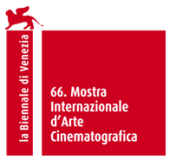 The 66th Venice International Film Festival, which will be held from 2 September to 12 September 2009, is going to pay tribute to Akira Kurosawa with a special panel discussion. The international panel will take place on Sunday the 6th of September at 3 pm in Sala Pasinetti (Palazzo del Cinema), and will be moderated by film historian Peter Cowie who, as you may remember, will be putting out a new Kurosawa book early next year.

Other participants in the Akira Kurosawa panel are Teruyo Nogami (who we best know as Kurosawa’s right-hand woman for almost half a century), Donald Richie (the most prominent Kurosawa expert), Michel Ciment (film critic and editor of the French film magazine Positif), Richard Corliss (culture critic for Time magazine) and Aldo Tassone (Italian critic and author of several books on Kurosawa). The panellists will discuss several aspects of Kurosawa’s work and the director as a person, including “his vision of society and politics; the comparison between Kurosawa and the other great Japanese filmmakers; his relations with Eastern and Western culture (Shakespeare, Gorky, Dostoevsky, van Gogh); the enthusiastic reception given to Kurosawa by American culture and cinema; comparisons with other great Japanese auteurs such as Ozu and Mizoguchi; their numerous remakes; his sources of inspiration in Japanese culture; Kurosawa’s work on the set; his talent as a painter; his use of colour and music; the difficulty he often had in getting funding for his films in Japan; his love of history and the lessons that he has offered to each new generation.”

More information about the event can be found from the Venice website.

Excellent. Any word on whether or not it will be recorded?

I haven’t heard anything. So, I doubt it will be.

I was lucky enough to have spent time in Venice this summer. The upcoming tribute has me looking at flights again!