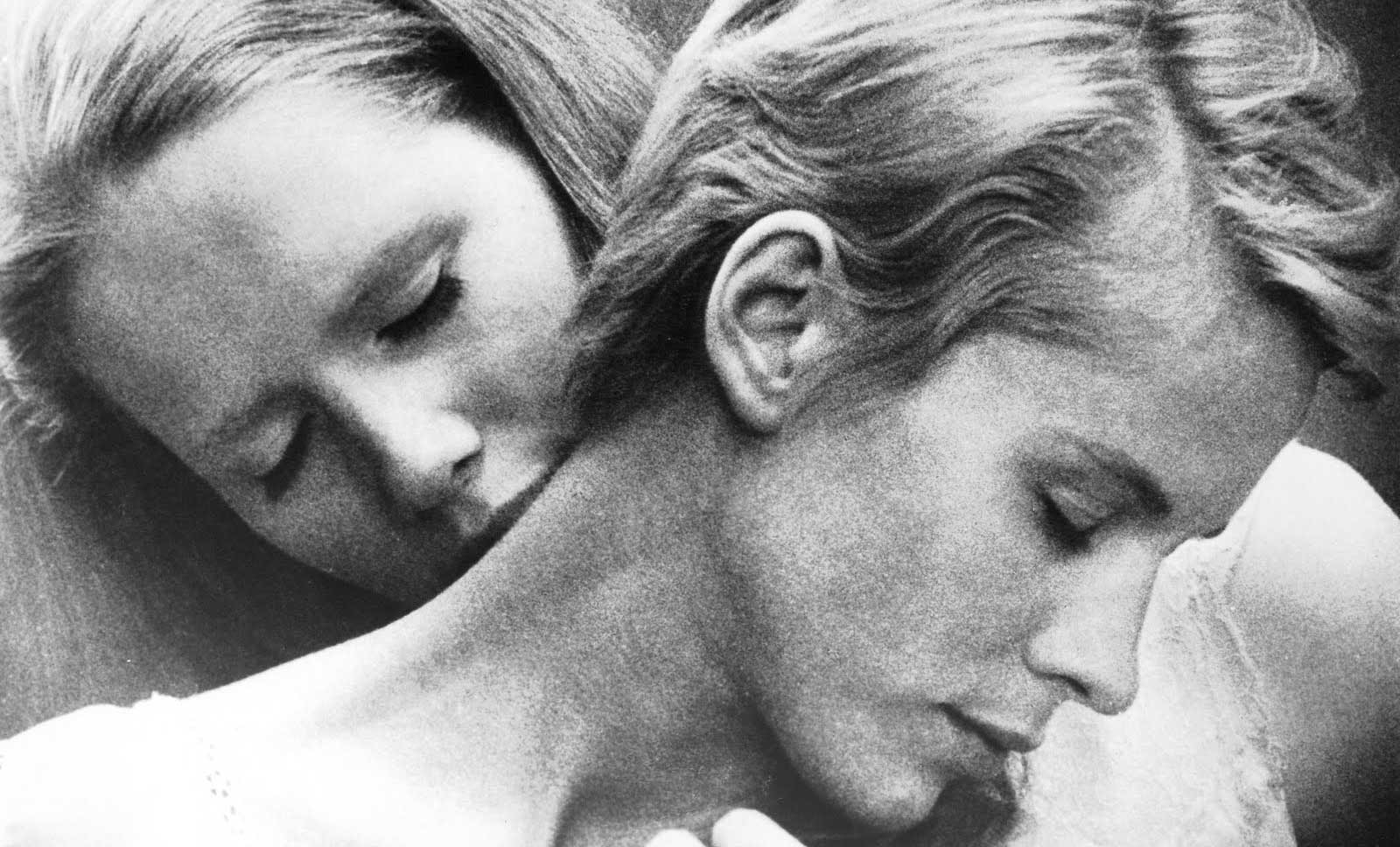 I’m not going to write too much about the film as an introduction, partly because I haven’t actually seen it in over two decades, but also because I wouldn’t really know where to start. Persona is easily one of the most discussed films in the history of cinema. I chose the film for the club because a number of you asked for Ingmar Bergman films, a couple of you specifically requested Persona, and because it certainly fits the theme of doubles and doppelgängers that we started last month with Stray Dog and will continue in May with Kagemusha.

As two cinema giants of their era, Kurosawa and Bergman had huge mutual respect for each other. Here is a letter that Kurosawa wrote to Bergman in 1988:

Please let me congratulate you upon your seventieth birthday.

Your work deeply touches my heart every time I see it and I have learned a lot from your works and have been encouraged by them. I would like you to stay in good health to create more wonderful movies for us.

In Japan, there was a great artist called Tessai Tomioka who lived in the Meiji Era (the late 19th century). This artist painted many excellent pictures while he was still young, and when he reached the age of eighty, he suddenly started painting pictures which were much superior to the previous ones, as if he were in magnificent bloom. Every time I see his paintings, I fully realize that a human is not really capable of creating really good works until he reaches eighty.

A human is born a baby, becomes a boy, goes through youth, the prime of life and finally returns to being a baby before he closes his life. This is, in my opinion, the most ideal way of life.

I believe you would agree that a human becomes capable of producing pure works, without any restrictions, in the days of his second babyhood.

I am now seventy-seven (77) years old and am convinced that my real work is just beginning.

Let us hold out together for the sake of movies.

With the warmest regards,
Akira Kurosawa

The two directors also almost collaborated in the late 1960s, with Fellini also attached to the potential project. It is interesting to imagine what the result of such a mix could have been.

Ingmar Bergman’s Persona should be widely available wherever you are. I look forward to your thoughts on the film.

I just got my copy – I’m looking forward to watching it as soon as I can find a quiet evening to spare – I find films like this need my full attention.

I’ve just been doing some reading on Persona and I find it curious how its by now means the universally acclaimed film I’d assumed – even Pauline Kael gave it an ambiguous review.

I love that letter from AK – such a pity AK never really got his productive old age as he wished, I guess his fondness for cigarettes and late night drinking sessions robbed us of a few late masterpieces.

Persona is available on the new Criterion Channel for those who are able to subscribe.

Yes, sadly she died after apparently a very long period of ill-health – an odd coincidence that I came across the news of her death when I was about to watch the film. I keep having to put off watching it as there is a Japanese Film Festival on in my local cinema so I’m sort of all cinema-‘d out.

It was nice seeing this film again, after many years. I even liked it a little better now. I guess I was more open to interpretations this time. Still, I feel there are many things about this film I don’t quite understand.

On a side note, Liv Ullmann is touring Norway later this year, telling about herself and her life. I’m looking forward to that.

It was the first time I watched this film, and I am still amazed by its beauty. Thanks, Vili, for the opportunity.

I, too, am still pondering about several things, but, with the context of Stray Dog (vaguely) in mind, I believe I can see at least one parallel: the confrontation of the “doubles” picturizes individual questionings brought to them during a particularly intense period.

In Persona, it would be feminism and sexual freedom in the end of the sixties, leading to the question (among others): “does a woman have to bear pregnancy to be fulfilled?”

I finally got around to watching it – well, wow, thats a film that needs some time to absorb. Absolutely stunning images (did Bergman get the idea of the light sparking in the actresses eyes from the scene with the young girl in Red Beard?). I really don’t know what to make of the film as a whole, it manages to be both fascinating, pretentious, self-regarding, humourless and gorgeous, not necessarily in that order.

My first thought is that while there are obvious parallels with Kurosawa’s constant use of doppelgängers and parallel lives, Bergmans film is on a whole different level of abstraction. Kurosawa’s concerns are much more rooted in the question of how to live your life, and how easy it is to take divergent paths – Bergmans concern is the reality of the individual itself.

I realize this may be off topic, however since I have not been able to see Persona (but hope to in the future) nevertheless consistent with the “doppelgänger” theme being explored, I wonder if anyone has seen Ryusuke Hamaguchi’s “Asako I and II” (2018 Cannes). As everyone on this forum probably knows, It’s a story about a woman’s experience, separated in time, with two different lovers (or is it the same person each time?). I may have a chance to view it later this month and make a comment on it.

I attended a screening of Asako I & II (based on the Tomoka Shibasaki’s book Netemo Sametemo , the Japanese title for the movie meaning “whether asleep or awake’) – the director was present and available for questions. I have some thoughts, but will not be presumptuous in posting them in any detail unless and until others (if they are interested), have had a chance to see the movie – I am curious as to what others make of it. Ryusuke Hamaguchi is relatively young, and I believe a still up-and-coming director (though he’s already made numerous films), and Asako I & II, although not a major film even for him, is worth seeing more than as simply a “rom com” (as some critics have characterized it). Nevertheless, I’m sad to say that I don’t think it deals very successfully with the doppelgänger motif under discussion here (but it’s probable I’m missing something), and I would suggest its lack of success in that regard, and also regarding what I consider to be the film’s overall limitations, to be partly if not mainly due to the fact Hamaguchi for the first time in his career based his script and movie, I think a little too faithfully, on a novel he liked very much (though I admit not having read the book). His previous oevre, the 5-hour Happy Hour, has had almost unanimous acclaim, and may be more worth seeing for those inclined to investigate this director.