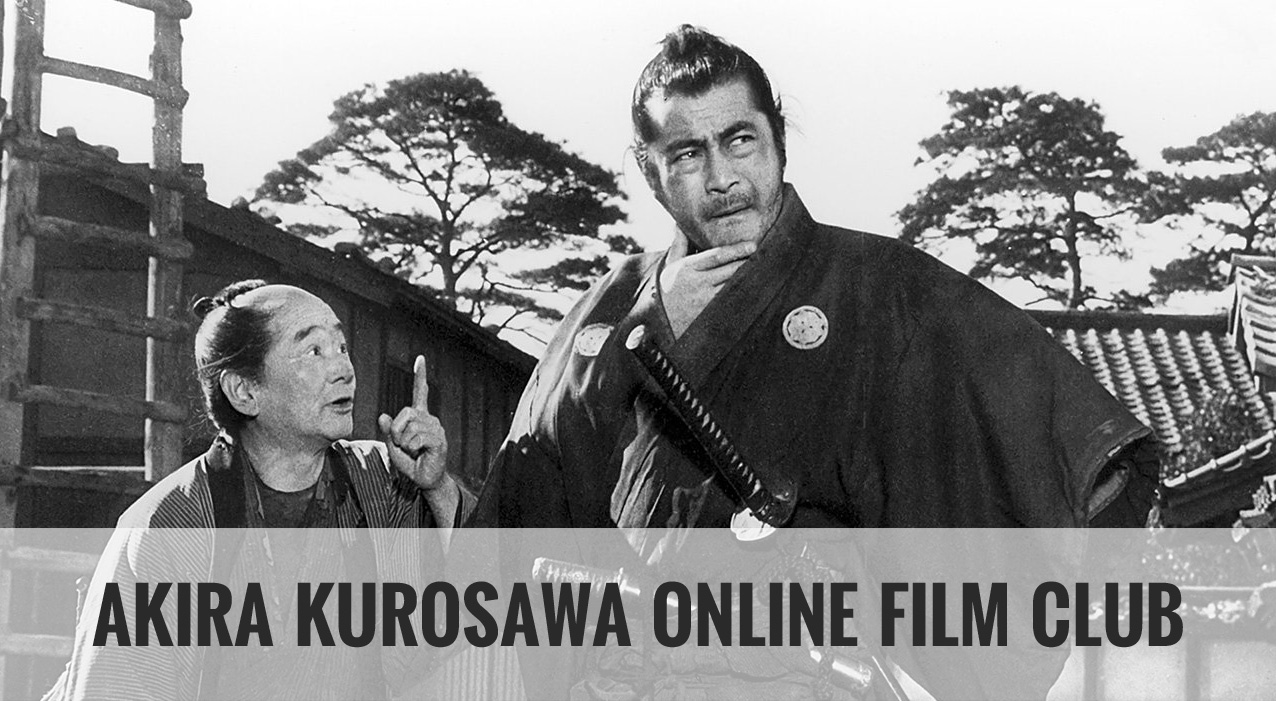 Do you want the Akira Kurosawa Film Club to come back? If you do, take this survey.

Over the past ten years or so, the Akira Kurosawa Online Film Club has been our very own and very informal film studies group. We have watched and discussed around 100 films, including every Kurosawa film at least twice. We have had some great conversations and learnt quite a bit from each other. For the past two years, the club has been on an extended break but there has been growing interest to bring it back.

To find out how much interest there actually is, I have now set up a Google Docs Survey. Take the survey if you would like to participate in the film club; it should take you about 10 minutes to fill.

Please also take a moment to tell your friends and share this announcement on your social media accounts. The survey will be live until the 21st of October and if enough people show interest, the film club kicks off again sometime later this year.

What is the Akira Kurosawa Film Club?

If you never participated in the AK film club before, the idea is quite straightforward. We introduce a new film every so often, traditionally one film / month. Everyone who wishes to participate gets hold of that film in whatever way is most convenient for them. Participation is open to anyone, and anything and everything related to the chosen film can be discussed. Discussions have previously ranged from light-hearted banter to fairly serious, almost academic discussion, so there is plenty of room for everything and everyone here. We promote a warm and friendly atmosphere here, so spammy or offensive posts are not tolerated.

Discussion is carried out on this website’s discussion section and you need to register an account to be able to post here. It’s totally free, of course. You can find some of the previous film club discussion in the theories & interpretations section, and as responses to introductory posts.

Since we are an Akira Kurosawa community, the films and topics chosen have typically been in one way or another connected to Akira Kurosawa.

What you need to do

See you at the film club!

A quick status update: So far, 25 people have filled the survey and expressed interest in participating in the film club. Based on my experience in how these things typically convert to actual active participants, I think we still need some more interested people for the club to work, but at the moment it’s looking promising. The survey will still be live for another week.

If you can spread the word in any way, that would be greatly appreciated.

Status update #2: Over 60 people in total have now expressed interest, so I think the film club will be going ahead! Still, if you are interested in participating and haven’t filled the survey yet, take a moment to do so. The more data I have about participants, the better film club I can plan for everyone!

Status update #3: We have broken 80. But it’s good to keep in mind that in reality the great majority of people who express interest at this point end up not being able to participate for one reason or another. People have lives to live, after all.

In any case, I have started to plan the schedule. The survey stays live until the end of this week and I’ll still do some more promotional pushes throughout the week. I’m hoping to have the first film scheduled for November.

I’m looking forward to it.

Status update #4: In total, 92 people took the survey. I’ll go through the data as soon as I get home (I’m travelling at the moment) and should have more information for you later this week, including what films we’ll discuss in November and December.

Thanks for the interest, everyone!

v-man, i missed the survey window! but i’ll keep an eye out for the club sessions.