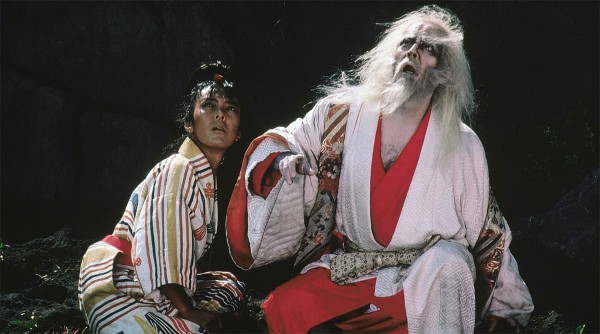 The new 4K restoration of Akira Kurosawa’s Ran that is shown in Cannes this month will also be heading to theatres. According to StudioCanal’s press release, the film will first be released theatrically in Japan this autumn, followed by releases in the the US and France. 2015 marks the 30th anniversary of the film’s original release.

Those in the UK will be able to see the film in theatres in 2016, coinciding with the 400th anniversary of Shakespeare’s death. The press release does not mention other countries, but it may be a good idea to keep an eye on your local Japanese film festivals.

Undoubtedly, these will be fairly limited theatrical runs.

The new 4K restoration of Ran is scanned from original negatives and restored frame by frame by the French film processing company Éclair. The work has been carried under the supervision of the film’s original distributor StudioCanal and the Japanese Kadokawa Pictures.

Furthermore, the new transfer’s colour grading has been approved by Masaharu Ueda, one of the three cinematographers who worked on Ran and were nominated for an Academy Award, BAFTA and other awards for their work. As there has previously been some disagreement about the considerably varying colour palettes of the film’s various DVD and Blu-ray releases, it can be hoped that with Ueda’s involvement in the restoration process, a definitive digital transfer has been created which closely matches the original intentions of Kurosawa and his cinematographers.

It also seems safe to assume that this new transfer will sooner or later find its way onto a home video release, possibly first on Blu-ray.

Tokyo International Film Festival has announced that the 4K restoration of Ran will be screened during this year’s event (October 22 ‒ 31, 2015). The information comes from this press announcement.

The precise date and time doesn’t seem to be available yet, but here’s the relevant part:

It is exactly 30 years since the first Tokyo International Film Festival was held in 1985. This memorable festival was opened with Ran by the great master Akira Kurosawa (1910-1998). The film has much to offer from lavish costumes to the horseback battle scenes of incredible scale, which has been brought back to the screen beautifully restored both in picture and sound!

The restoration will also be seen at the New York Film Festival: for more information, see filmlinc.org.