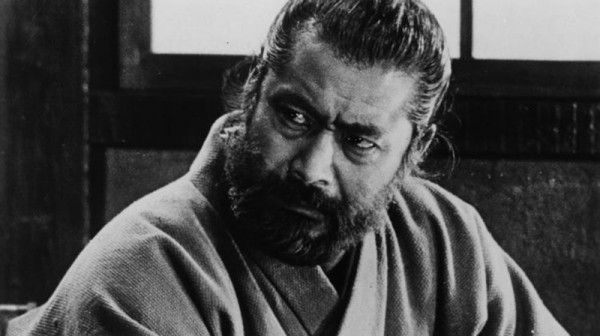 We have cause for celebration, for Akira Kurosawa’s Red Beard turns 50 today!

It was on April 3, 1965 that the film was first shown to audiences in Japan, following a mammoth two-year production period. The time and effort put into the film turned out to be well worth it, as Red Beard received an enthusiastic domestic response, proving both a commercial and critical hit. Many Japanese critics hailed it as Kurosawa’s magnum opus.

Yet, the film’s reception in the west was, and remains, somewhat more muted. Not all of them, but certainly many western critics have found the three-hour-long film needlessly slow and, especially considering its running time, somewhat devoid of content. Comparisons to certain over-sentimental medical dramas have been made. Things have been said.

Red Beard is nevertheless an extremely important work in Kurosawa’s oeuvre, and something of a watershed moment in his career. Its story, which follows the training of a young doctor (Yūzō Kayama) under the guidance of the titular red-bearded rural doctor (Toshirō Mifune), can be seen as something of a summation of Kurosawa’s post-war concerns and ideas. The screenplay was written by Kurosawa with Ryūzō Kikushima, Hideo Oguni and Masato Ide, and was based on Shūgorō Yamamoto‘s short story collection Akahige shinryōtan, which has sadly not been translated into English. This was the second time that Kurosawa drew from Yamamoto, having also based Sanjuro on the author’s work. Kurosawa would go on to write or co-write four more screenplays based on Yamamoto’s books: Dodesukaden, Dora-heita, After the Rain and The Sea Is Watching are all adaptations of Yamamoto’s stories.

In addition to Yamamoto’s short stories, Red Beard also draws from The Insulted and the Injured by Fyodor Dostoyevsky, another major influence on Kurosawa’s filmmaking.

Red Beard was Kurosawa’s last film in black and white, as well as the last one that he worked on under the relative safety of the Japanese studio system. After the film, Kurosawa turned his gaze towards Hollywood, only to crash and burn on two failed film projects with American producers. Following the unsuccessful productions of Runaway Train and Tora! Tora! Tora!, Kurosawa found it increasingly difficult to find financing for his work, something that is reflected in his output leading up to the release of Red Beard, and in the career that followed. When Red Beard came out, it was Kurosawa’s 23rd film in a 22-year career. In contrast, during the remaining 33 years of his life, Kurosawa would direct only seven more films.

Red Beard was also famously the last film where Kurosawa worked with Toshirō Mifune, his leading man of almost two decades. Why the paths of the two men diverged so suddenly and irrevocably is subject to much speculation. Some have suggested that Mifune had grown unhappy with Red Beard‘s long shooting period which prevented him from taking other work and put his own production company into debt, while others have pointed to some parties having been unsatisfied with Mifune’s performance in the film and planted that seed of doubt also in Kurosawa. Kurosawa’s Hollywood detour must also have distanced the two men, and certain things were definitely said in the late 1960s which could have caused a rift, as Mifune was vocally unhappy that Kurosawa had decided to cast primarily amateur actors on a big budget American financed film that could have offered enormous career opportunities for leading Japanese actors. Although the two men never worked together again and reportedly largely avoided each other’s company, towards the end of their careers both talked about their creative relationship in highly positive terms. In the end, Mifune and Kurosawa did reportedly reconcile their personal relationship in the early 1990s. 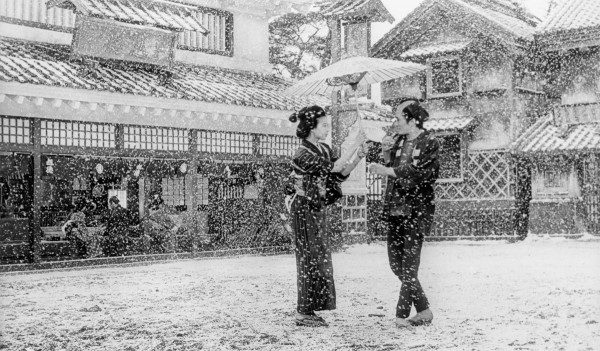 What is perhaps less often mentioned, but in no way less important, is that Red Beard is also the last released Kurosawa film to include input from Kurosawa’s long time co-screenwriter and Kurosawa Production executive Ryūzō Kikushima, with whom the director appears to also have fallen out during the aftermath of the ill-fated Tora! Tora! Tora! production.

Much more could be said about Red Beard, and much has in fact been written about the film. For some more discussion, you can also check out the list of past Red Beard discussion topics over at the forums.

When was the first time that you saw the now 50-year-old Red Beard?

I think that of all Kurosawa major films, this is the one I have most mixed feelings about. Its a big film in every way, but its also I think the only major film he made for which it can be said that maybe a little trimming would have helped it. But then again, I sometimes think its very expansiveness is part of its appeal and power. It is odd in a way that for me it is one of his less ‘important’ film in terms of what it has to say, but its one I enjoy most rewatching, there is so much to enjoy in so many individual scenes.

Red Beard had a strange effect when I first watched it, though I can’t remember exactly how long ago it was when I first saw it.
When I first became interested in Japanese cinema VHS tapes were phasing out and DVDs taking over and the BFI had started to release their set of red spine Kurosawa DVDs. At first I bought the Samurai films that were available, then I think Stray Dog and Ikiru which were a revelation because I realised Kurosawa was not just a samurai film maker ( I probably picked up Donald Richie’s book about this time and realised here were a lot more films to see ). The BFI continued releasing and I picked up each DVD as it came out including Red Beard. From their front cover, (the same snow scene still as above) I thought I would be watching a samurai film but I became utterly absorbed in the strange plot about the young doctor and what seemed to me long, episodic film filled with lots of hints of Japanese history and culture to research later .
It felt sort of more like a TV mini series than a film but I loved it and it became a favourite, in the end I ordered the Criterion DVD just to get the film in improved quality. Since that first viewing I have seen the rest of Kurosawa’s work and read a lot more widely on the films so can see how Red Beard fits into the scheme of things but each time I watch it I really enjoy it and I still think it’s a really good film.