60 years ago: The Lost Garrison released 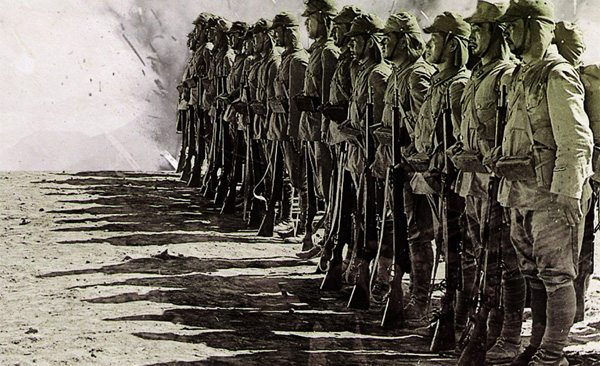 On this day 60 years ago, January 14, 1955, a film titled The Lost Garrison (消えた中隊, Kieta chutai) premiered in Japan. The screenplay was written by Akira Kurosawa together with his regular collaborators Ryuzo Kikushima and Masato Ide. The film has also been known as Vanished Enlisted Man in English.

The war film was directed by Akira Mimura (1930-1985), the cinematographer of Kurosawa’s Sanshiro Sugata and Sadao Yamanaka’s Humanity and Paper Balloons, as well as several films on which Kurosawa worked as an assistant director. The Lost Garrison was Mimura’s only film as a director.

The Lost Garrison was released in 2013 on DVD in Japan, and is available from Amazon.co.jp, among other places. Unfortunately, the release has no English subtitles.