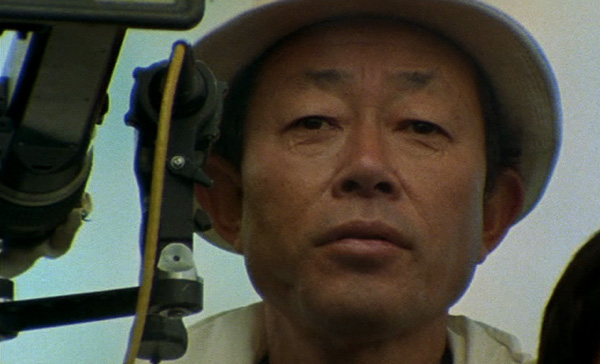 Born in Kyoto on 5 March 1929, Saito joined Toho studios in 1946. His paths crossed with Kurosawa’s immediately, as he started working on One Wonderful Sunday, released in 1947, as his first assignment. The young cameraman became an indispensable Kurosawa regular from Ikiru (1952) onwards, from then on working on all of Kurosawa’s films, except for Dersu Uzala, which the director shot in the Soviet Union with a local crew. Saito also worked with other directors, although his main body of work can be said to have been with Kurosawa.

Saito began his career under mentor Asakazu Nakai, another Kurosawa regular with whom the director worked on twelve films. When Kurosawa switched to a three-camera setup beginning with Seven Samurai (1954), Saito was typically assigned the “B camera” responsible for providing an alternative perspective, and usually one more experimental than what the main “A camera” was tracked to capture. So well did the chemistry between Saito and Kurosawa work that after a while the director left his cameraman largely alone, free to do what he felt best for the scene. In an interview on Yojimbo, Kurosawa sums up the arrangement: “[Saito] shoots things in unexpected ways. That was interesting to me.” (Galbraith 308)

Another Kurosawa regular Teruyo Nogami, in her book on Kurosawa, called Saito “the last cameraman to enjoy Kurosawa’s full confidence”. (111) “[Saito’s] role … was wifely, being crucial, yet inconspicuous. He was proficient at both panning shots and dolly shots, using a telephoto lens of 500 or 800mm so that the picture had speed and the rough, protruding quality that Kurosawa liked.” (Nogami 111)

It was often Saito’s B camera which in fact dominated the screen when the finished film was put together. This was probably most pronounced with Yojimbo (1961), where despite the A camera being operated by Kazuo Miyagawa, the legendary cinematographer responsible for such iconic films as Rashomon, Ugetsu, Sansho the Bailiff, Floating Weeds and Tokyo Olympiad, more than two thirds of the finished film are said to be coming from Saito’s camera (Galbraith 308)

Saito was indispensable also in Kurosawa’s transition to filming in colour. Following Red Beard (1965), the two men researched colour filming techniques extensively (Cardullo 56), and the results of their work can be seen in the highly expressive Dodesukaden (1970), Kurosawa’s first colour film, and the films which followed. From Kagemusha (1980) onwards, Saito was paired with Shoji Ueda, with the two responsible for the camera work on Kurosawa’s last films, at a time when the director’s own eye sight was slowly worsening. Saito and Ueda were nominated for a BAFTA and an Academy Award for their cinematography in Ran, as well as winning Japan’s Academy Awards for Madadayo and Rhapsody in August.

With Kurosawa, Saito completed altogether 18 films during a professional and personal relationship which lasted for five decades. When the first posthumous film based on an unfinished Kurosawa screenplay, the Takashi Koizumi directed After the Rain (1999), was put together, it was Saito whom the producers called to work as a consultant to best pay homage to the cinematography of Kurosawa’s films.

I’m sorry to hear it. So many of Kurosawa’s collaborators are gone as well. It’s saddening.

It is sad, but to be honest I’m sometimes surprised that so many are still alive! I tend to think of it as being a very distant era, but of course many people from that era are still alive and well. Saito has left us a wonderful legacy in some of the most beautiful scenes ever filmed (especially in Ran).

It does remind us though that the ’emperor’ tag for Kurosawa often blinds us to how open he was to the ideas of collaborators, whether writers, actors or technical crew. From my reading of other top Japanese directors at the time, they were much more inclined to see everyone else on set as ‘staff’ rather than creative collaborators. I think this openness was both a strength and (occasionally) a weakness in his film making.