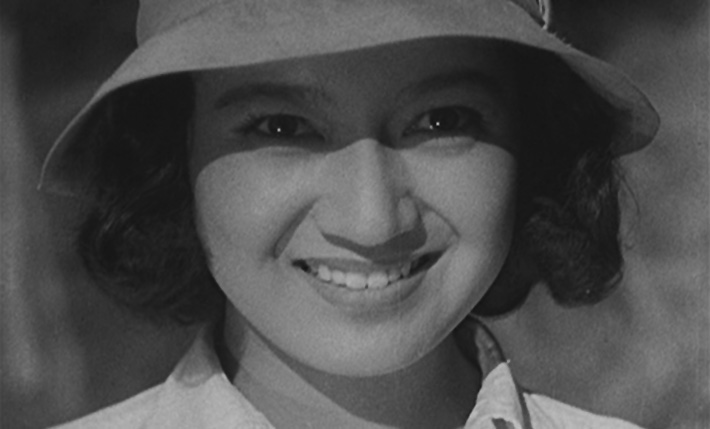 It is with a hint of sadness but also an enormous amount of respect that I report the passing of Japanese screen legend Setsuko Hara (1920-2015). Hara died of pneumonia on September 5 but the news of her death was made public only today.

Hara, who turned 95 earlier this year was best known for her roles in six films by Yasujiro Ozu, including Tokyo Story which is often considered the greatest Japanese film ever made. Hara also appeared in two of Akira Kurosawa‘s films, No Regrets for Our Youth (1946) and The Idiot (1951), as well as numerous works by Mikio Naruse and others.

Japan’s “eternal virgin”, Hara never married and famously quit acting in 1963, the year Yasujiro Ozu died and at a time when her career was at its zenith. Hara (born Aida Masae) had since led a very private life in Kamakura, turning down all requests for interviews and refusing to make herself available for photographs.

Hara’s total vanishing act undoubtedly only solidified her status as a screen legend, while also keeping her eternally young in the eyes of the public. It should, however, in no way diminish the appreciation of the enormous talent, grace and presence that she brought to the silver screen.

Very sad news, even though she lived to a great age. I always harboured a hope that someone would persuade her to do one last performance.

Sad indeed , but as you say Ugetsu, she did live a long life and presumably on her own terms since she retired and “vanished” . I also hoped she might appear again or write a memoir to give some insight into those classic years although not really expecting that to happen.
I visited Kamakura in 2013 and again in October this year when I finally managed to find Ozu’s grave .
Of course I didn’t know she had passed away only a month before that second trip, but on both visits as I wandered around I daydreamed of passing an old lady in the street or at one of the temples with a familiar smile .

I knew nothing of her life, only her performances, which were quite remarkable. I rather like the Garboesque aspect of her life. Everyone these days wants to tell their story for money. Nice to see someone who didn’t.

I only belatedly realised that she’d actually died in September – its quite a feat to keep even your own death private!

I think there is something quite fascinating about the absolute quality of her disappearance from public life. My admiration for her decision took a knock when I read that it was so absolute that she even refused to attend the funerals of old colleagues, which at first sight seems a little graceless. But at the expense of indulging in stereotypes, it does seem a very ‘Japanese’ thing to decide on a path of retirement and privacy, and then follow it with such determined single-mindedness. There have of course been other examples of famous people who retired absolutely from the public eye, but none to knowledge who have done it with such focus and absoluteness, while still living in essentially the same neighbourhood she came from (i.e. not retiring to a tropical island or something like that).

Maybe there is an autobiography hidden away, or maybe a memoir of someone from her family. Otherwise, I assume it will remain a mystery forever.

I think she managed an amazing feat to stick to her retirement so completely and for her family, neighbours and presumably friends to respect that decision even after she had died. Maybe Japan is one of the few places where that could happen.
It would be nice if a few more of the films she made while still in the public eye could get released on DVD or Blu-ray preferably with subtitles, a lot of films have been mentioned in obituaries that don’t seem to be available.

I think it must be hard for those who have been in the public eye to totally retire and not emerge from their seclusion, but J.D.Salinger comes to mind in this country. Japan may very well be more suited to someone doing that, but I think it can be done anywhere if someone wants to.

A huge part of the reason why people stay in the public eye is because there is so much money to be made. What I find funny is that most of those people have more than enough money to live on.

Very sad to learn of her passing. I know of her work only in Kurosawa films. She was amazing in No Regrets for Our Youth. And, while I’m not a fan of The Idiot, I was very impressed with her performance in that film. I need to look into watching her work in Ozu’s films.

What a loss. Although arguably the loss to lovers of cinema occurred with her retirement.

Btw, hi guys! I’ve been inactive for awhile. Let’s see how well I do. I have the final disc of The Human Condition to look at. Bet you thought I’d never get to it.

lawless, welcome back, good to have you back commenting here! Its been a bit quiet the last few months.