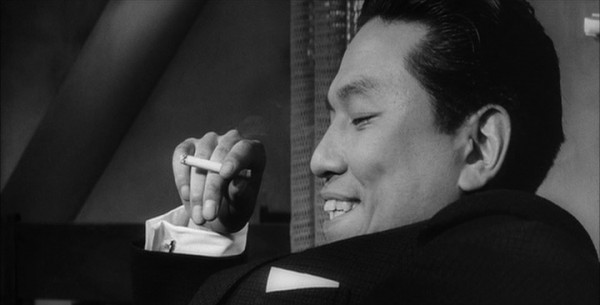 Veteran Japanese actor Takeshi Katō has passed away on July 31 after collapsing in a sauna. He was 86.

Katō, whose background was in English teaching and theatre, appeared in altogether seven Akira Kurosawa films during a period of thirty years. His first appearance for Kurosawa came as an uncredited extra for Seven Samurai (1954), after which he had roles in Throne of Blood (1957), The Hidden Fortress (1958), The Bad Sleep Well (1960), Yojimbo (1961), High and Low (1963) and Ran (1985).

Katō’s roles under Kurosawa tended to be fairly small but often memorable. Take for instance the very beginning of The Hidden Fortress where, immediately after we are introduced to the two peasants, a bloodied soldier steps into the frame, only to be brutally killed by soldiers on horseback. That slaughtered soldier is Katō. His fate in Throne of Blood isn’t much better. Remember the scene where Toshirō Mifune’s character Washizu gives drugged sake to the lords’ guards and proceeds to kill them? One of those guards is Katō. In The Bad Sleep Well, Katō has a larger role as Nishi’s trusted friend Itakura who is continually present but never quite at the centre of the frame. In High and Low, he appears as detective Nakao, a part of the ensemble of police officers. His role in Yojimbo was similarly a part of a group, as he played one of the ronins, Kobuhachi.

Katō was one of the Kurosawa regulars whom Stuart Galbraith IV interviewed for his book on the lives of Kurosawa and Mifune, and some of the most detailed glimpses behind the production curtain come from those interviews.

In addition to Kurosawa’s works, Katō appeared in over a hundred films and numerous television productions, and was still actively working this year. His film credits include roles in the 1984 reboot of Godzilla, Hideo Gosha’s Sword of the Beast (1965), Shōhei Imamura’s films Pigs and Battleships (1961) and The Insect Woman (1963), Kon Ichikawa’s Princess from the Moon (1987) and Dora-heita (2000), Keisuke Kinoshita’s Children of Nagasaki (1983), as well as the Frank Sinatra directed None But the Brave (1965). He also worked as a voice actor.

Throughout his career, Katō was also an active member of the modern theatre group Bungakuza, where he worked as both as an actor and a director.