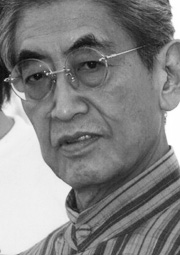 Nagisa Oshima, the often experimental and always provocative Japanese director and occasional film scholar and social commentator, has died at the age of 80.

During his four-decade career, Oshima directed close to thirty feature films and another thirty television documentaries. While Oshima and Kurosawa never worked together, their careers were linked by Oshima’s early and fairly vocal rebellion against Kurosawa’s film making style and subject matters.

As Kurosawa struggled artistically in the late 60s and throughout the 70s, Oshima released a string of successful films, including Death by Hanging, Boy, Man Who Left His Will On Film, The Ceremony and In the Realm of the Senses. His unconventional methods and themes were often compared with the French new wave film maker Jean-Luc Godard, although Oshima was always much more than just a “Japanese Godard”.

When Kurosawa’s output started to rise again, Oshima’s began to diminish, and he was able to direct only two feature films in the 1980s, although one of them starred David Bowie and the other was a story about a love affair between a chimpanzee and a human. Oshima’s last released work was the brilliant 1999 samurai film Gohatto (Taboo).

Despite Oshima’s early and rather direct criticism of Kurosawa, the two appeared to share mutual respect of each other towards the end of their active careers. In 1993, Oshima in fact interviewed Kurosawa, the video of which appears to be available also on YouTube.