Noriko Sengoku passes away at age 90 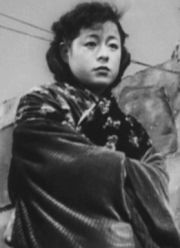 Actress and Kurosawa regular Noriko Sengoku (also known as Reiko Mori) has died at the age of 90.

Sengoku appeared in altogether seven of Kurosawa’s films, starting with Drunken Angel (1948) where she, in her debut role, played Gin, the girl at the bar who is in love with Mifune’s Matsunaga.

She also appeared in Stray Dog, The Quiet Duel, Scandal, The Idiot, Seven Samurai and Record of a Living Being. Of these, her brilliant performances as the nurse-in-training in The Quiet Duel and as Aoye’s outspoken friend in Scandal are probably the most memorable. Sengoku also acted in the 1973 remake of Stray Dog, being the only actor to play a part in both the original and its remake.

Originally a stage actor, Sengoku went on to appear in almost sixty films following Drunken Angel, mainly taking on supporting roles. In addition to working for Kurosawa, she also appeared in two films by Kenji Mizoguchi (The Life of Oharu and The Lady of Musashino) and in two by Mikio Naruse (Battle of Roses and Floating Clouds). Later on in her career, she appeared in several television dramas. Her last film, Tokyo Tower: Mom and Me, and Sometimes Dad, was released in 2007.