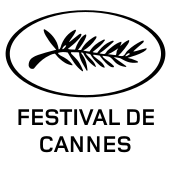 Kurosawa, la Voie (Kurosawa’s Way) is a 52-minute documentary directed by Catherine Cadou, a French film expert and translator who worked as an interpreter for Kurosawa during the making of Ran. IMDb also lists Cadou as having acted in Dreams, and she was also responsible for one of the extras included on Studio Canal’s blu-ray edition of Ran.

According to the Cannes synopsis, Kurosawa, la Voie is a biographical documentary that “includes many unseen accounts of the work of Akira Kurosawa”. It will be screened as part of the Cannes Classics 2011 selection, which in addition to showing documentaries on cinema also includes restored and re-released prints of film classics.

Variety has a short review and more information about the documentary.

Actually, this year’s Cannes has another Kurosawa related film: Takashi Miike’s Ichimei employed Kazuko Kurosawa (the daughter of Akira Kurosawa) as costume designer. Variety has a review of the film.