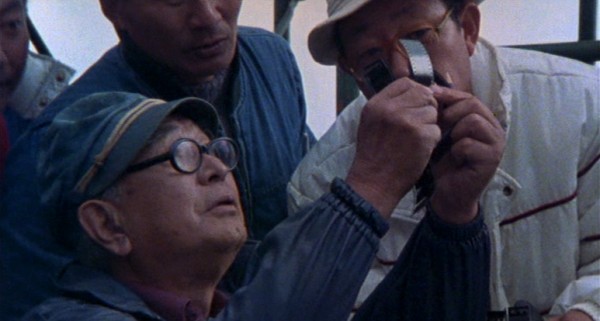 Exactly 30 years ago, on 20th of May 1985, French artist, writer and filmmaker Chris Marker‘s unique Akira Kurosawa documentary A.K. was first screened. The screening took place at the Cannes Film Festival where Kurosawa’s Ran had been scheduled to be shown, but from which it had been withdrawn due to production delays.

A.K. is a 75-minute behind-the-scenes look at the making of Ran. Marker’s observational camera follows Kurosawa and his crew on location, presenting a fascinating fly-on-the-wall look at the production that allows the viewer to simply observe what is going on, with fairly little narration.