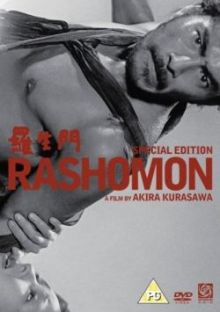 UK’s Optimum Releasing is putting out a new Region 2 edition of Rashomon, coming out on October 13.

The release comes with an introduction by the Ireland based English film maker John Boorman, a 68-minute documentary, two trailers and a booklet that includes Akutagawa’s original short stories as well as an excerpt from Stuart Galbraith’s excellent The Emperor and the Wolf biography.

For more in formation about the availability of Rashomon, see the sections on Kurosawa DVDs and Kurosawa Blu-rays.