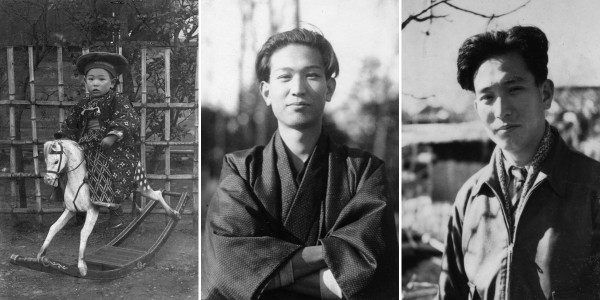 Akira Kurosawa at age three, in his early 20s, and in his late 20s

Akira Kurosawa was born on the 23rd of March 1910 in the Ōmori district of Tokyo. His father Isamu (1864-1948) worked as the director of the Army’s Physical Education Institute’s lower secondary school, while his mother Shima (1870-1952) came from a merchant family living in Osaka. Akira was the eighth and youngest child of the moderately wealthy family, with the oldest two already grown up and one having died, leaving Kurosawa to grow up with three sisters and one brother.

The Kurosawas were descendants of a former samurai family from the Akita prefecture, located in the northern parts of Japan’s largest island Honshu. They could reportedly trace their lineage all the way back to the 11th century warlord Abe no Sadato (1019-1062).

In his autobiography, which several commentators have suggested reads much like a screenplay, Kurosawa recollects his father’s early influence on him. In addition to promoting physical exercise – Akira was the captain of his school’s kendo club – Isamu Kurosawa was open to western traditions and saw theatre and motion pictures educationally valuable, encouraging his children to watch films. As a result, young Akira saw his first movies at the age of six. Another formative influence was his elementary school teacher Mr Tachikawa, whose progressive educational practices ignited in his young pupil first a love of drawing and then an interest in education in general.

In addition to the influence of the grown-ups, Kurosawa had two particularly close childhood friends whom he later saw as having had a major role in his early development. One was the elementary school classmate Keinosuke Uekusa, who just like Kurosawa was a sensitive child and something of an outsider. The friendship between the two lasted their lifetimes, with Uekusa becoming a successful playwright and novelist with whom Kurosawa would co-write two of his early films. In his autobiography, Kurosawa describes the young versions of Uekusa and himself as “crybabies”, and then goes on to jokingly remark that this never really changed when they grew up, only that Uekusa would grow up to be a “romantic crybaby”, and Kurosawa a “humanist crybaby”. (Kurosawa 13-16)

Another major childhood influence was Heigo Kurosawa, Akira’s older brother who was four years his senior. One specific incident which Kurosawa recollects in his memoirs took place in the aftermath of the Great Kantō earthquake that devastated Tokyo in 1923. Heigo took the 13-year-old Akira to view the destruction, and when the younger brother wanted to look away from the human corpses and animal carcasses which were scattered everywhere, Heigo forbade him to do so, instead encouraging Akira to face his fears by confronting them directly. Some commentators have suggested that this incident was an enormous influence on Kurosawa’s later artistic career, instilling in him the ability to confront unpleasant truths head on. 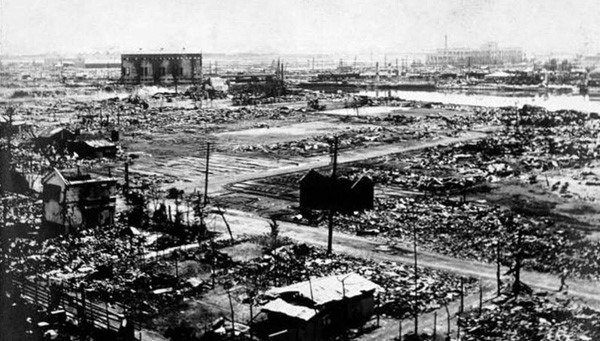 The Great Kantō earthquake devastated much of Tokyo and the surrounding areas. View in Yokohama.

Unlike Akira, Heigo was academically gifted, but soon after failing to secure a place in Tokyo’s foremost high school, he began to detach himself from the rest of the family, preferring to concentrate on his interest in foreign literature. In the late 1920s, Heigo became a benshi, a silent film narrator, for Tokyo film theatres, and quickly made a name for himself. Akira, who at this point was entertaining the notion of becoming a painter even after failing entrance exams to art schools, moved in to live with his older brother, and the two became inseparable. Through Heigo, Akira gained an easy access to theatres and devoured not only films but also theatre and circus performances, while exhibiting his paintings and working for the left wing Proletarian Artists’ League.

In 1930, the 20-year-old Akira was called up for military conscription, but thanks to a sympathetic army doctor he was deemed physically unfit to serve. This would have a major impact on Kurosawa’s career ten years later, since due to having been labelled unfit to serve, he would not be drafted to fight in World War II.

As the production of talking films increased, film narrators like Heigo began to lose work in the early 1930s. Not wanting to impose on the reduced means of his brother, Akira moved back to live again with his parents. In July 1933, Heigo suddenly committed suicide. Only four months later, Kurosawa’s eldest brother also died, leaving Akira, at the age of 23, the only one of the Kurosawa brothers still alive, together with his sisters.