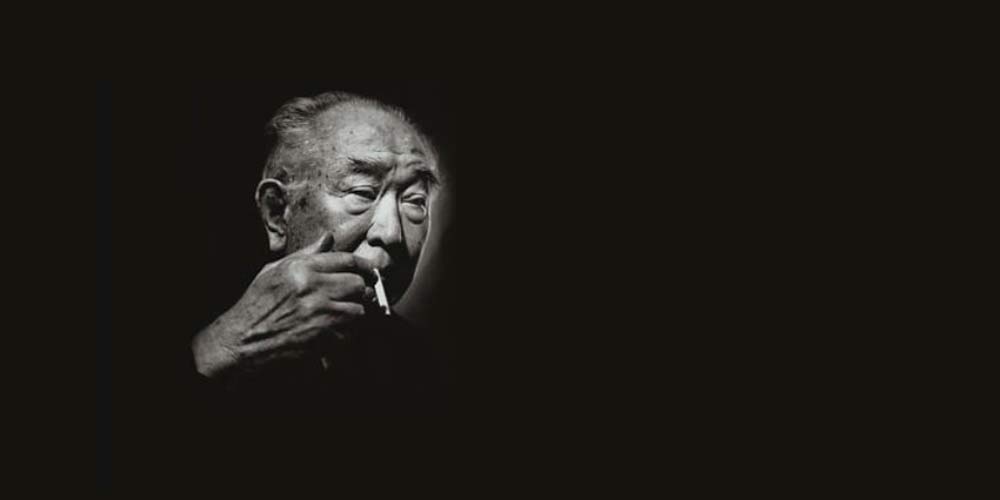 A new Kurosawa themed theatre play titled 11 Seconds (Akira Kurosawa in Hell) will be streaming online from Monday (March 22) until next Sunday.

The play was written by US based actor and writer Karen Huie and directed by Peter Kuo. It was inspired by real life events and is set in the period following Dodesukaden‘s failed release that led to Kurosawa’s attempted suicide in 1971. The synopsis reads:

Akira Kurosawa’s first color film is dismissed by critics. The reknowned [sic] director of “Rashomon”, “Seven Samurai” and “The Hidden Fortress” (on which “Star Wars” is based), is shunted for funding and chooses suicide. When Akira was seventeen, his older brother, a narrator of silent Japanese films committed suicide when sound destroyed his career. He was twenty-three. Akira arrives in Meido, Japanese Hell, where his fate is to be determined when he has paid for all his sins. He is desperate to find his brother; he would understand. But he is paired with Toshiro Mifune, with whom he had a falling out after making sixteen successful films together. They must find a way to get through the three gates of hell in order to reach the Pureland/Redemption.

11 Seconds (Akira Kurosawa in Hell) is produced at The Blank Theatre which is an award winning Hollywood based theatre that has operated since the early 1990s. The cast includes Francois Chau as Kurosawa, Michael Hagiwara as Toshirō Mifune, Greg Watanabe as Heigo Kurosawa, Julia Cho as Oni, and Yumi Mi as Raven. In addition to her career as a playwright, the author Karen Huie has appeared in numerous TV shows, including Hawaii Five-O, Criminal Minds, Hollywood and others, done voice work for films like the recent Star Wars trilogy, Deadpool and many others, as well as lending her voice for many video games, including the recent Kurosawa inspired title Ghost of Tsushima, Star Wars Jedi: Fallen Order, Sekiro: Shadows Die Twice and Grand Theft Auto V.

The donation based suggested price of admission is $15 and tickets are available through Go Lively. A code will be provided on the day of the premiere and the stream will be available on Vimeo until the end of the week. On a personal note, I had trouble buying a ticket through PayPal while using Firefox and Chrome on Windows, and only managed to complete the transaction by switching to a Mac and Safari. It may have been just a hiccup, or something wrong at my end, but if you face issues, maybe try another payment method or another browser. I’ll update this post if I hear back from their tech support.

But now that I have my ticket, I will definitely be watching the show. Anyone else? If you do watch the performance, drop a comment below with your thoughts!

I also had issues with PayPal on chrome, but I managed to buy it through credit card. Not sure what to expect really, but the concept sounds interesting!

Thanks for confirming that the issue was not just with my computer, Nuno!

And it’s the same here, I’m not sure what to expect but I’m definitely looking forward to seeing this.

I have always believed that Ak did not seriously attempt suicide, but rather his actions were those of a person who was deeply depressed and without hope. A cry for help by a man who had never in his life not been confident and very strong.

He had gone with his father to take his brother’s body to the crematorium and seen his wounds. AK was incredibly observant and almost certainly paid great attention to the way it had been done.

From what I have read about his “suicide” attempt it was done without thought, a man cutting without any purpose, an effort to get people to pay attention to him.

There can be no doubt of his despair and fragility but I think if he had really wanted to take his own life he would have done it.

Perhaps it isn’t important what one calls it, it was the act of a desperate man, but thankfully he still had not lost all hope and the world is richer for the films that followed.

So, I watched the show yesterday. It raises some quite interesting questions about an artist’s role and their responsibilities with audiences and the people that they work with. I felt those could have been explored a little further though, either in the context of what Kurosawa was trying to achieve, or just more generally. The running time of one hour will, of course, necessarily limit the extent of any such exploration, but even then I felt that the piece could have probed further.

Michael Hagiwara, who I realised I knew from The Man in the High Castle where he played the yakuza boss, gives an excellent performance as Mifune, adapting many of Mifune’s screen characters’ mannerisms and expressions. Meanwhile, I first felt that Francois Chau’s Kurosawa was wrong, very far from the mannerisms and language of the Kurosawa that I had seen and read about. But ultimately, within the context of the story, just like the Mifune character is not the actual Mifune but rather the dying Kurosawa’s reflection of the actor, Kurosawa himself was not Kurosawa himself, but instead Kurosawa’s reflection of himself, and as such the Kurosawa in the play actually is similar to the protagonist in Kurosawa’s Dreams, which is a pretty interesting angle, whether intended or not.

For someone with more than a passing knowledge of the biographies of the people depicted in the play, it is still a little difficult to decide how I feel about the historical and filmographic references included in the performance. In addition to being distracted by some inaccuracies and half-truths, there was a feeling throughout that the play was recounting interesting things about Kurosawa and Mifune, rather than really building on those pieces of information and turning them into something new. Yet, this wouldn’t necessarily be the reaction for someone who has little prior knowledge of the subject matter, i.e. most people.

In terms of style, 11 Seconds is a fairly typical piece in the current trend of “Zoom theatre” that there have been many examples of over the past year, thanks to the situation that we have found ourselves in. That is to say, this is not a stage performance, but actors connecting to the performance through webcams on their computers. On the positive side, the way screen space was manipulated fit the context of the story well and colours and sound effects were also well utilised. Less positive was that the sound quality itself was almost shockingly bad throughout. And while the performances overall were fine, if not really refined, it was a little distracting that the actors were clearly reading their lines on the screen and/or having to switch between looking at their camera and the screen, making this feel more like a staged reading than a fully rehearsed, more immersive performance. But again, it is a reflection of the times that we are living and the challenges that theatres all over the world are currently facing.

All in all, an interesting experience and something that could perhaps be developed further.