A Look at the New ‘Ikiru’ Musical 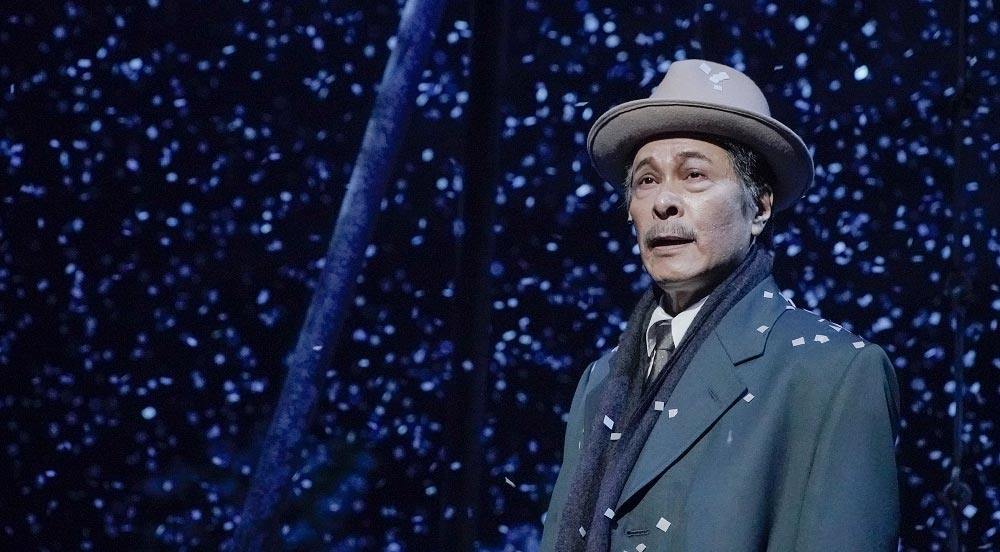 The new musical based on Akira Kurosawa’s 1952 film Ikiru opened last week in Tokyo. While I have no way of attending a performance, I thought I’d take a look and see what I can find online.

The reviews (see for instance here, here and here) seem pretty positive, and it looks like the producers have actually succeeded in their somewhat impossible-sounding task of turning Ikiru into a modern musical. In fact, their creation may have international potential as well. That said, it still is a very standard looking Broadway style musical, so if musicals are not your thing, this probably won’t be, either.

Based on what I can find around the web, the story appears to be fairly faithful to the original, just with more singing, colours and stagecraft. The show is marketed as marking the 20th anniversary of Kurosawa’s passing, and it’s also a nice touch that the front page of the official website links directly to a digital rental of Kurosawa’s original film.

Even if you don’t read Japanese, the reviews I linked to earlier are worth checking out for the performance images alone. If you are familiar with Kurosawa’s film, you will definitely recognise most of the scenes. You can also watch the following videos for snippets:

The latter video actually ends with the iconic scene of Watanabe sitting on the park swing, singing, as snow falls all around him. If you are interested in more music from the show, you can also listen to these two recordings that have been made available:

Apparently, a cast recording should be expected to be released commercially in February next year. With the popular singer May’n appearing in the role of Toyo, the sales may well be decent.

The other stars include Masachika Ichimura and Takeshi Kaga who are double cast as the story’s protagonist Kanji Watanabe, and Yuzuki Fūka who shares the role of Toyo with May’n. The adaptation was written by Chikae Takahashi, an established Japanese playwright and translator, while the music was composed by the American Grammy Award winning composer Jason Howland, whose previous works include such Broadway musicals as Beautiful: The Carole King Musical, Little Women and Les Misérables. The show is directed by Amon Miyamoto, a hugely prolific, award-winning Japanese director who has worked across performing art genres around the world.

The musical is scheduled to run until the end of this month. More information can be found at the official website.

I have to confess a major allergy to that type of musical, but it does look like they’ve done a pretty good job. Lets hope its successful enough that someone will do an English language version for touring, it would be great to see something like this lift the films profile again. I assume that this is the intention, as hiring Broadway songwriting talent like Howland can’t have been cheap.