Saga of the Vagabonds coming out on DVD 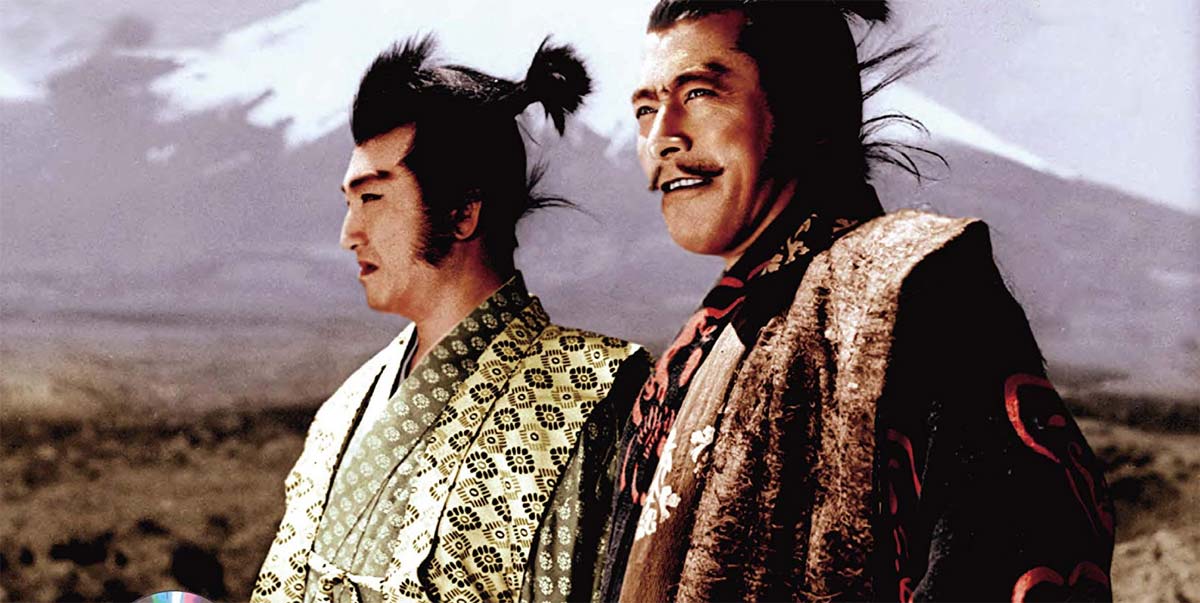 SamuraiDVD, who make many older Japanese films available with English subtitles, have the Kurosawa-penned 1959 film Saga of the Vagabonds coming out on DVD later this month. To the best of my knowledge, this will be the first time that the film is available on DVD with an English translation.

After Kurosawa’s success with The Hidden Fortress, Toho wanted another similar film from him. While Kurosawa was not interested in directing one himself, he adapted Saga of the Vagabonds from a 1937 screenplay by Sadao Yamanaka, which had been filmed by Eisuke Takizawa and on which Kurosawa had worked as an assistant director. The story had originally been based on a work by Juro Miyoshi.

Kurosawa’s new adaptation was directed by Toshio Sugie, who had been the chief assistant director for Kurosawa’s debut film Sanshiro Sugata. The cast is also full of familiar names and faces, as it stars Toshirō Mifune, Misa Uehara, Takashi Shimura and Minoru Chiaki, who had all appeared in The Hidden Fortress, as well as Akihiko Hirata, Yōko Tsukasa and Seizaburo Kawazu, who would make appearances in Kurosawa’s Yojimbo and Sanjuro a couple of years later.

The SamuraiDVD description of the film reads:

From the pen of legendary filmmaker Kurosawa Akira, comes this tale of villainy and honor set during the Warring States era. Japan’s greatest actor stars as Rokuro, a feudal bandit, who robs the procession carrying money that was meant to be used against his gang of brigands. Toki Taro (Tsuruta Koji), the noble samurai who was entrusted with the money, is falsely accused of stealing the money himself and vows to avenge his good name. Joining with the bandits they storm the family castle to wreak vengeance against those who had betrayed him and set out to help the downtrodden farmers who had been taken advantage of by the ruthless samurai elite.

If this sounds like something that you might enjoy, head over to SamuraiDVD to pre-order your copy for $19.95. Shipping to the US is free, while the rest of the world pays $10.

While there, also check out other films with Kurosawa’s input that are difficult to find elsewhere, such as Kurosawa’s rarely seen 1971 television documentary Song of the Horse, or a handful of films that Kurosawa wrote for other directors: the pretty interesting 1950 Fencing Master as well as its more coloured 1962 remake, Senkichi Taniguchi’s exciting Snow Trail which introduced Toshirō Mifune to the world, another Mifune-Shimura combo in the 1952 Vendetta of Samurai, which was also written by Kurosawa, or the beautiful posthumously directed work of love, After the Rain. And if you want to be particularly adventurous, check out the 2007 Sanjuro remake, which was not horrible, but not all that good, either.

I am in no way affiliated with SamuraiDVD but it warms my heart to see films like Saga of the Vagabonds becoming available for an English audience.

Tagged with dvd-release, Saga of the Vagabonds

I am going to grab a few titles. You are right, we need to encourage companies to keep releasing these hidden gems.