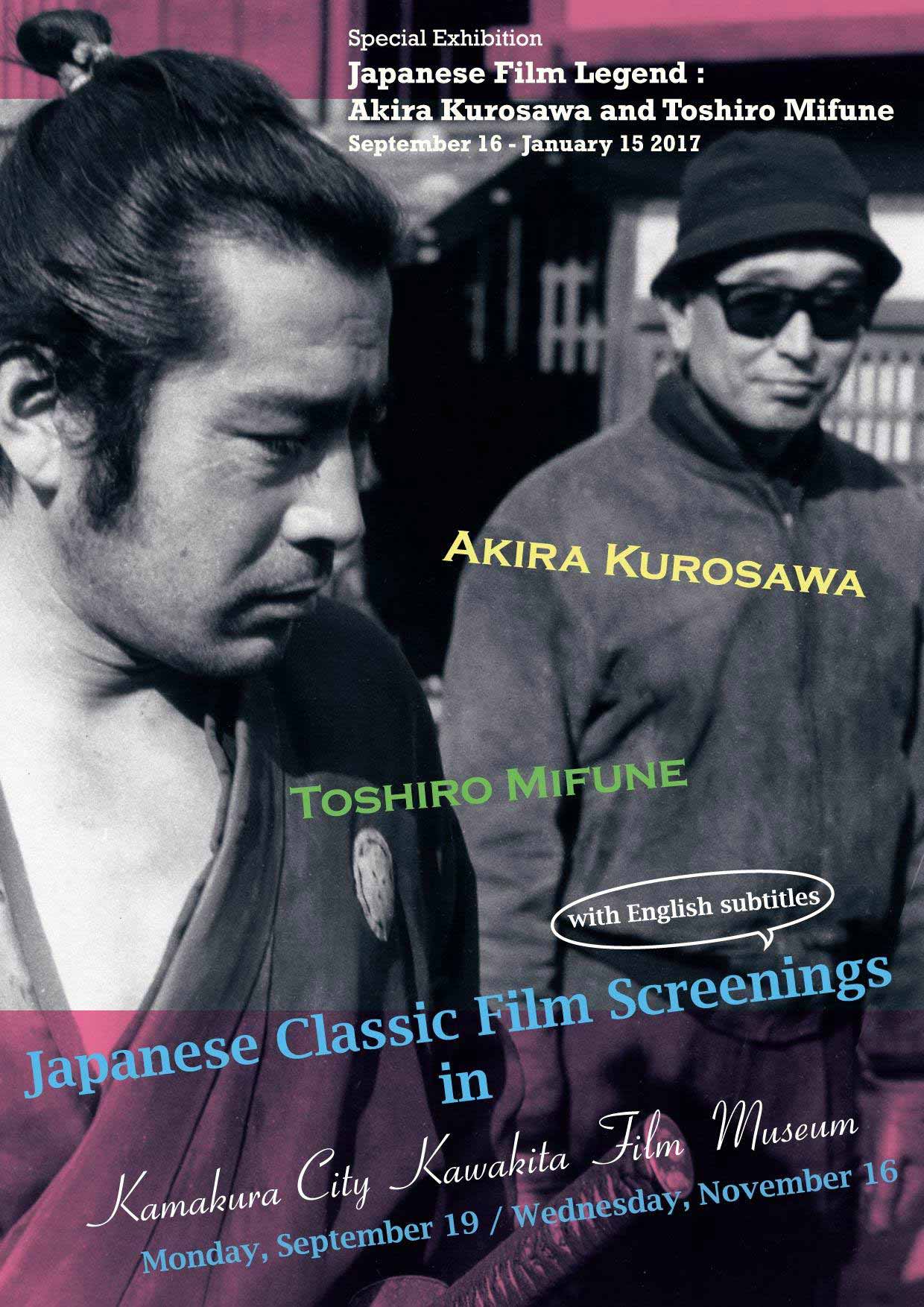 The exhibition runs until January 15, 2017. For further details about how to get there, see the museum website.

If you happen to be visiting the area, keep in mind that you might be able to combine the exhibition with a visit to Kurosawa’s grave at the An’yō-in temple, which is also located in Kamakura. Yasujirō Ozu is likewise buried in the city, at the Engaku-ji temple.

And of course, if you do happen to visit the exhibition, a small report in the comments section below would be much appreciated!