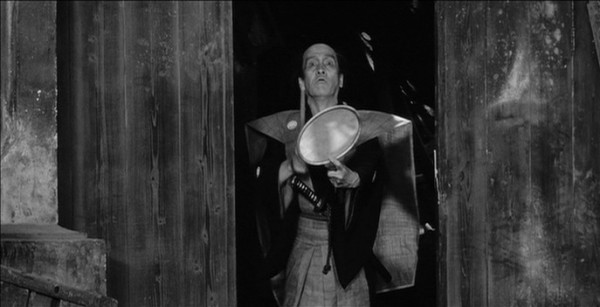 Take for instance his part in Yojimbo, where he plays the local law enforcer Hansuke. It is through his lips that we, together with the nameless hero played by Toshirō Mifune, hear what’s been going on in the town and why there are dogs running around carrying severed hands. Hansuke also steals the scene towards the end of the film, where after the bloody final encounter, he emerges from his house, banging on a prayer drum (pictured above).

And then there is of course this short exchange:

In High and Low, Sawamura’s appearance lasts for just 30 seconds, but you will probably remember him when I mention the words “trolley expert”. Here he is discussing the various sounds that trolleys make:

Sawamura has a similarly brief scene in Throne of Blood, where he is one of the four soldiers discussing the worrying sings of both family members and rats fleeing from Washizu’s castle. Sawamura is second from left: 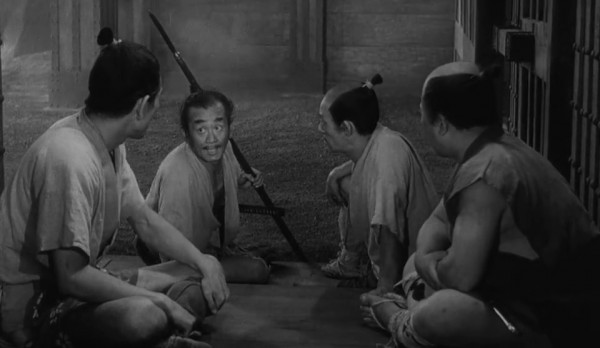 The actor also had small roles in The Hidden Fortress (one of the gamblers), The Bad Sleep Well (a taxi driver) and Red Beard (one of the residents).

His background was in live theatre where he was a popular comic actor. He and his high pitched voice turned out be in great demand also in the film world after he joined Toho Studios in 1954, with Sawamura going on to make over 130 appearances in just two decades, and almost exclusively for Toho films.