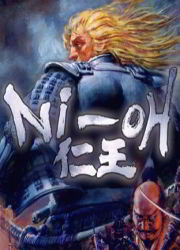 Remember that new video game based on Akira Kurosawa’s unfilmed script Oni? Well, to be honest, I’m not surprised if you don’t.

Originally announced in early 2005, the game was to accompany a film based on Kurosawa’s unfilmed story about a blond-haired samurai on a quest to discover his destiny in 16th century Japan. The film project got cancelled in September 2005 but the video game publisher Koei announced that it would continue working on the game, now titled Ni-Oh.

It has since been a mystery how much of Kurosawa, if any, remains in the game. Development has also been extremely slow and low key. At one point it looked like the project had been cancelled, but back in 2010 we suddenly heard that development duties had been given to the well known developer Team Ninja, giving hope that the game could still see the light of the day. But since then, it has mainly been silence again.

Well, Ni-Oh is now rearing its head again. In an interview with the Japanese video game magazine Famitsu, Koei head Yoichi Erikawa has confirmed that the game is still in development, and has in fact just reached alpha stage, meaning that the game is functional, even if it is not yet complete. There is still no release date or really any publicity material at all, apart from the two early trailers (1 & 2) released back in 2005. The current version probably has little to do with those images.

The news was reported by Kotaku and The Silent Chief, among other places.