The Magnificent Seven to be remade with Tom Cruise

Variety reports that MGM will be producing a remake of their 1960 western The Magnificent Seven, which of course was an adaptation of Akira Kurosawa’s Seven Samurai.

No director has been attached yet, but Tom Cruise is reported to be attached to star. Overall, the plans for the film appear to be quite tentative so there is no estimated release date (or year) announced yet.

The film joins two other Seven Samurai related projects that are currently in development in Hollywood: the Weinsteins’ modern Seven Samurai adaptation, and Irvine Welsh’s soccer adaptation The Magnificent Eleven. Neither production has made the news recently though, so it is possible that they have been scrapped.

Last autumn it was also announced that Christopher McQuarrie is working on a multiplatform project Rubicon, which too is inspired by Seven Samurai.

Tom Cruise and an adaptation of The Magnificent Seven? Argh!!! And I’m not even a hater of Tom Cruise as an actor, although I don’t think much of him personally.

Tom Cruise to “star?” Please don’t tell me he is playing Kikuchiyo! Or even Kanbei! Good lord.
MI5 meets the Wild West?

There are now rumours of Matt Damon, Morgan Freeman and Kevin Costner joining the cast. However, as the source of these rumours turns out to be The Sun, I wouldn’t take them too seriously. 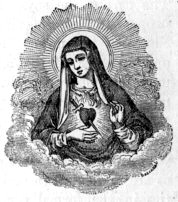 That’s Hollywood for ya……wonder if they’ll have the obligatory white guy with no talent playing an Asian.
Oh, sorry…….that would be Mr. Cruise.

It has now been reported that the novelist and screenwriter Nic Pizzolatto has been hired to write the script for The Magnificent Seven remake.

In addition to his award nominated prose, Pizzolato has previously written for television, with two episodes of The Killing to his name, as well as having written the entire first season of HBO’s upcoming detective series True Detectives. The Magnificent Seven marks his feature film debut.

Doesn’t matter if it is a remake of the original 7 Samurai or The Mag. 7…….Hollywood no longer has the backroom talent to make a good movie.
Nor do they have the acting talent and personalities to replace Yul, Steve, Coburn, Eli Wallach…….they can’t even replace Charlie Buchinski, who was miscast on purpose. lol
Hell…….even Horst Buckholtz was perfectly cast, but you probably never heard of him.

Depp is not suited to this movie.
Mel is out of favour…..too Catholic.
Edward Norton…….good actor, but I can’t see a favourable roll other than the one played by Robert Vaughan.
The Slingbladder himself……maybe, but he would want to right the script…..make sure it is done Wright. LMAO

We all know Tom Cruise has no talent, just a cheeky smile…….but he could never replace Eli as Calvera, he is simply not that good.
And did I hear the Wolf dancer mentioned ?
Christ……Kevin wouldn’t get a minor part in any descent amateur play.

Very funny post, Rasssputin. Please forgive me for saying this, but…..Yul was a crappy actor, too, but so interesting, and definitely has some star power…(I LOVE his Pharaoh in the 10 C’s)and I know this is heresy, but Eli Walach is not my cup of tea, but, was serviceable and familiar-there is THAT..and even James Coburn is really more of a personality than an actor-though I LOVE him. When I look at the cast from the past what I have is this accumulated warmth from the many films they all made and my familiarity with their work-it’s not like they were able to change like chameleons, or show us profound depths of character.

So, honestly, I wouldn’t say that Depp sucks…he could play Eli Wallach’s role as Calvera, or, alternately, Robert Vaughn’s gunslinger with a crisis of confidence. Edward Norton could play absolutely any one of the roles. I have that much confidence in him!

Tom Cruise…what do you do when you were once a pretty boy and are aging? (I guess it’s the same question we ask of the actresses all the time….) You could go Johnny Depp’s route and be half comedian. That’s not a bad idea. But then, Depp has more fun in him than it appears Cruise has….

Anyway, really fun post, Rass, and fun to think about!!!!

Almost 90% correct, Mr Cocoskyavitch.
But my post did say acting talent and PERSONALITIES.
Truth is that most BIG stars are little more than PERSONALITIES with only one talent…..to be liked.
They look good on camera, and their desired identity works…..or worked.
Most of the viewing public really believe that Marion Morrison was in fact……really John Wayne.
That was his only acting talent…….to be believable as John Wayne.
Same goes for Yul, and the rest……with few exceptions.

What is important here, is that Hollywood employed people who knew how to put a movie together…..make it work.
They no longer have those back room people……only the Special Effects geeks.
They also have no SUITABLE personalities to fill the important roles in this story.
Depp is a great character actor…….his Scissorhands was perfect…..but he is not suitable for a major role here.
Neither is Edward Norton……yes, both of them could play Robert Vaughan’s role…..so could 1,000 Aussies and maybe over 10 million Americans……but it is a very minor role.
4 Roles carry the Mag 7 story…….played by Yul, McQueen, Horst and Wallach.
Even Bronsons role was not important to the spectacle……only to the script.

You don’t like Wallach……..good.
Not normally my favourite actor either……unless he is playing Calvera, as he did in The Good, The Bad and The Ugly.
And was brilliant…….he was the cheeky smart ass Mexican bandit.
Depp is not…….

Watch the scene with Keith Richards in the Pirates of the Carribean.
Keith is nothing like Depps portrayal of him……but he out acts Depp in that scene.
Keith was spot on……wish he could play guitar that good. lol

Oh…..I was a character actor myself.
Got to play many strange roles…..including The Wigmaker in Rashomon.

Again, thanks for a fun post. You’re probably right-star power is personality power-and most actors we love have it.

Was my pleasure, Mr Cocoskyavitch.
Trust me……I once knew I was going to be cast as the English Sargeant Major in a production of Breaker Morant.
I also knew that the local STAR leading man was going to be Breaker Morant.
Being cheeky, I read for both parts……..and started a brawl within the casting committee.
The director quite rightly wanted me as the Sarg and the STAR as the Breaker, but the Casting Committee wanted me as the Breaker ……
This if course created 2 very big problems.
One…….there was no one else to play the English Sargeant Major. Like the movie, we would have to change the script and make him an Aussie.
Two……The audience would never accept me as the Breaker. At 5’4″ tall I am a midgett on stage. Especially when the stage is full of 6’+ freaks.
Oh, and a Third………The local STAR would then have to play the Defence Council, leaving the whole play unbalanced and uncastable at that moment in time.

You see……even live theatre needs its Big Stars, who are often personalities with limited acting ability.
I even wished we had a real Paul Newman…….one of my favourite actors, but not enough talent to play anything in Rashomon. lol

It would be fun, Rasssputin, to hear about your exploits on stage.

Hahaha…….the fun is mostly either during rehearsals, at the many parties or last night free for all, or at the occasional members night.
Most fun stories from the stage itself usually involve an embarrassing stuff up……or similar.
Like in my very first major play, i had to pour 3 scotches with dry…….
We did the first week, then had 3 days break.
1st night of the 2nd week, I try to pick up the scotch bottle, which was full of Dry Ginger, and it was stuck to the coaster, which was stuck to the table.
So I lifted everything, but of course couldn’t pour the scotch.

NOW…….not only did the scotch provide everyone on stage with several cues for important lines, many of the lines were about the scotch being already poured and being drunk…….lol
I ended up with an elbow holding the table down , as I wrestled the scotch bottle off the table.
Probably looked like a scene from Fawlty Towers.
Then I had to pour the 3 scotches and hand them out, as actors were holding lines cos they couldn’t say them yet…….

That was an accident because back stage didn’t think to clean the drips after each performance, but some were deliberate.
During a performance of Pygmalion, Professor Higgins gooses Pickering as he attempts to sit……
Not so funny normally, except the whole audience seen what happened, and then witnessed a very over weight Pickering jumping a few feet in the air and swearing his head off.