The Magnificent Seven has a poster

Of the typical clichéd but kind of effective poster designs, the marketing department for the upcoming Magnificent Seven remake has, rather understandably, decided to go with the “manly men walking towards you” template.

Here’s what has been put out for marketing purposes: 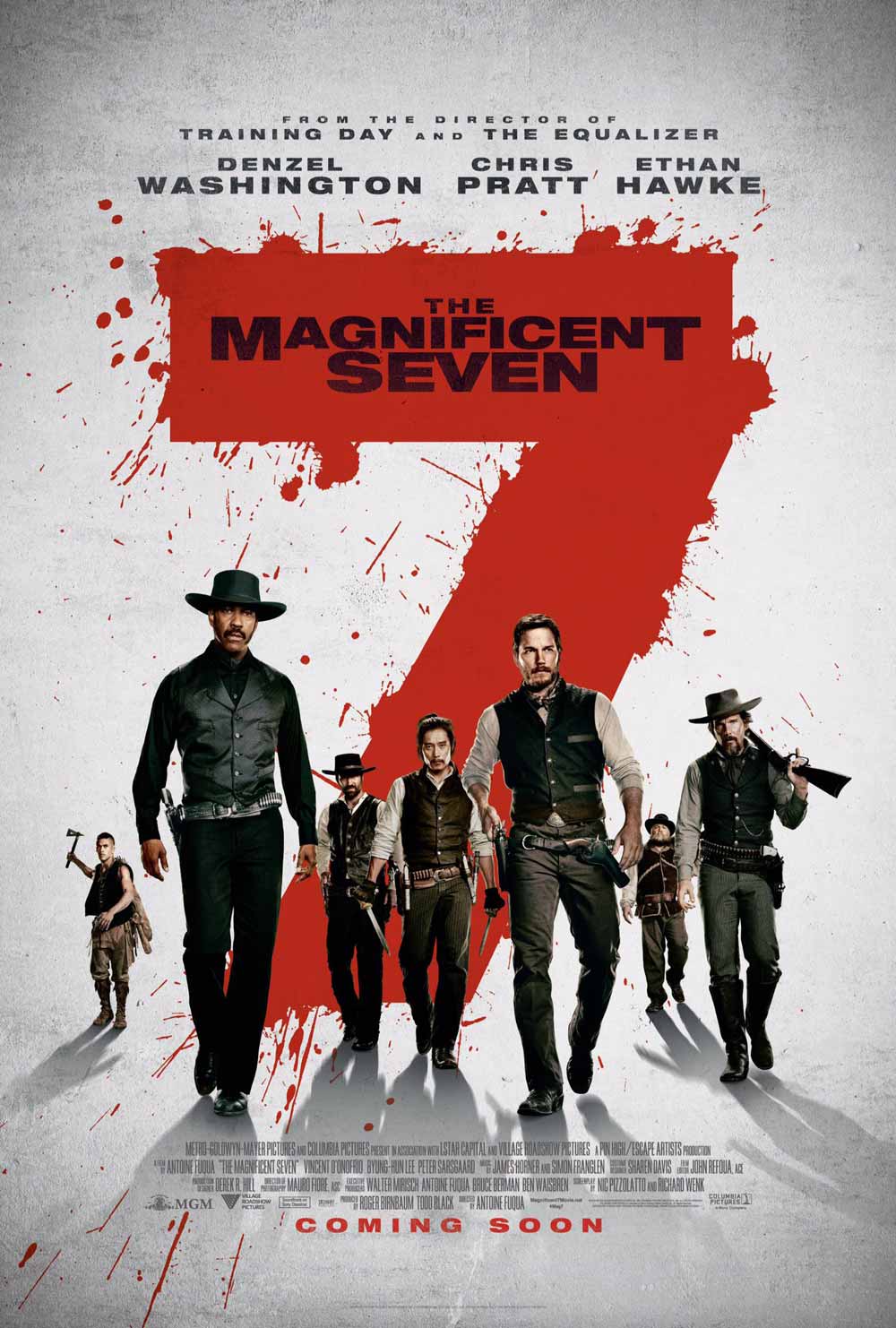 The similarly testosterone filled teaser trailer was released already a couple of months ago.

Here it is again for your pleasure:

Based on this admittedly short video, it actually looks like Denzel Washington has found his inner Shimura for the role.

The film will be out on September 23. If writing credits and character names are anything to go by, it seems to be based more on Kurosawa’s Seven Samurai than the 1960 Magnificent Seven.

On a scale from one to many, how excited are you about the seven riding again?

I can’t quantify it, but I’m definitely looking forward to it, particularly since it has a diverse cast and the bad guy is a white industrialist, not Mexican bandits. I just looked at a few articles and interviews, and it seems to be more of an Americanized version of Seven Samirai than a Magnificent Seven remake, which is fine with me.

I’m kinda excited! Although I couldn’t help thinking that the set of the town shown in the trailer has more obvious Yojimbo/Fistful of Dollars influences going on. The initial shots of the men on horseback was very Kurosawa, but the later framing looks much more spaghetti westernish. I would guess it’ll be quite a mash-up of influences, but the ‘western’ aspect will be more spaghetti than Magnificent Seven. The notion of ‘Seven Samurai as if it was made by Sergio Leone’ is potentially really interesting. Of course, its just a trailer….

Hopefully I am wrong, and in any event it will encourage people to see the original.