Recently in the news 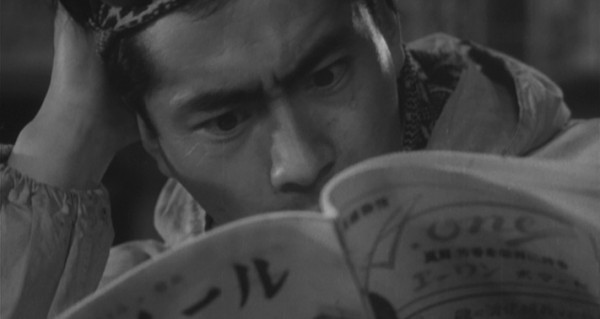 It’s been quite a while since I last did a news roundup with links to interesting and relevant content which for one reason or another isn’t interesting or relevant enough to warrant posts of their own. From here on, I’m hoping to offer these things a little bit more often.

So, what Kurosawa related activity has been going on the interwebs recently?

The biggest news of the last month has easily been the death of Takao Saito, which was reported here a little before Christmas, and which has been picked up by quite a number of news websites after The Hollywood Reporter published an article about it in early January. Most places were content to pretty much just repeat the same facts as everyone else, but Dylan Moses Griffin at Movie Mezzanine actually wrote a nice little obituary which centres on Saito’s work on Ran, while The Kurosawa Project has a nice photoset homage.

The other major article currently doing the rounds is Kurosawa’s list of 100 favourite films. This list actually popus up every few months, but if you haven’t happened to come across it (I really should put it up on Akira Kurosawa info as well), you can see it for instance at the Indiewire blog The Playlist.

In terms of actual writing on Kurosawa’s films, we have a paper titled Hiding in Plain Sight: False Identity and the Use of Space in Akira Kurosawa’s The Hidden Fortress by Bryan Mead, which argues that the film offers a subtle critique on national and individual identity in the Japanese society. We also have The Film Sufi‘s blog on Scandal, which is more descriptive and reflective.

There will be some Kurosawa on stage this year in Budapest, Hungary, where a new stage production of Seven Samurai will premiere in May at the Örkény színház.

Meanwhile, the Dragonfly Theater in Dedham, MA, USA, has earlier this month performed what I assume is Fay and Michael Kanin’s Rashomon, based on Kurosawa’s film of the same name. The theatre’s website has been down, but here is an announcement.

Similarly already in the past is a production mixing Kurosawa’s Red Beard with a live performance by Los Angeles Poverty Department, a theater troupe composed of homeless and previously homeless performers. More information here.

Kurosawa will also be the subject of a talk given in Paril by Rick Winston at Helen Day Art Center in Stowe. Where this mythical Stowe is located isn’t really made clear, but I assume the United States. If the name of the town or the lecturer sound familiar, you can navigate here for more information.

If talks are not your thing, how about debates? Over at the DVD Talk forum, two important questions have been asked and discussed: Seven Samurai vs. Citizen Kane and Seven Samurai vs. Magnificent Seven. Who do you think would win in a straight fight?

For the more visually minded, there is Kinofrau’s short comparison post From Painting to the Screen: Akira Kurosawa’s Dreams as well as a hand-colourised picture of Kurosawa and Satyajit Ray that reddit user neatshotsoflife has posted.

It is with this imagery that I will bid you farewell. See you in the next news roundup! Or well, probably earlier.

🙂
thanks for linking the photo
neatshotsoflife