The British Film Institute will be releasing Akira Kurosawa’s Seven Samurai later this year, with the release date currently set for October 21, 2013. This will be the first time that an English friendly Region B edition of the film is made available on blu-ray.

At this point, very little information is made available about the forthcoming edition, with no word yet about the quality of the transfer or the bonus materials included.

The release can nevertheless already be pre-ordered from Zavvi, with whom BFI has an exclusive deal for a limited steel book edition. If you are unfamiliar with Zavvi, one of their selling points is very low international delivery prices and, based on personal experiences, fairly good customer service.

Will you be pre-ordering the set or wait until more details are released? What would you like to see or hear on a new Seven Samurai release? And how in your opinion can BFI beat Criterion’s magnum opus release, available both on DVD and blu-ray in the US?

Finally, what do you make of the artwork? Is the cover’s apparent hinomaru design weirdly anachronistic, or is it actually appropriately fitting, considering the film’s themes and the flag’s connotations of imperialism and nationalism?

Given the number of Seven Samurai DVD’s I own, I can hardly justify buying another, but… well, it does look very good 🙂 I think though that it would be hard to beat Criterions beautiful release. In the past I’ve been critical of BFI, especially with the very poor ‘extras’ (justifiable if they were cheap, but they are not), but hopefully they have learned from Criterion how to do it properly. Given that Criterion have used most of the best known Japan film experts on their versions, it would be interesting to hear from some fresh voices, either academics or film makers, especially in the commentary tracks. I’d particularly love a commentary track from technical experts only – cinematographers, editors, etc.

The artwork is very evocative. At first glimpse, they immediately reminded me of Louis Le Brocqui’s illustrations for the Tain Bo Cuilgne.

I already have mine on pre-order from Zavvi, but it is a little worrying that BFI isn’t ready to share any information at this point about either the transfer or the additional features. Some of their releases are really good, while others could be better. Hopefully, they have at least managed to negotiate a licence for the latest Criterion transfer.

New commentary tracks, or even interviews with fresh faces, would be wonderful. Your suggestion of using technical experts is brilliant. It would also be something new if they could get some film critics from Japan on camera. A subtitled summary of what they have written in Japanese would be better than nothing, as I doubt that any of those books will get translated any time soon. There is a lot of untapped potential there for extras.

There definitely is the same vibe going on in the cover art as in the Louis le Brocquy works that you linked to. Too bad Coco has disappeared somewhere, as she could probably tell us something interesting about the history of this kind of brush drawings.

Seven Samurai (Shichinin no Samurai), Blu-ray steelbook, is a very timely release from the BFI. As the 6th September marks 15 years since the passing of the great “sensei”.

So as we enter into autumn 2013, it is only right to celebrate the greatest film of all time, by one of the greatest directors of all time with a Blu-ray print of Seven Samurai.

Having pre-ordered from http://www.zavvi.com/blu-ray/seven-samurai-zavvi-exclusive-limited-edition-steelbook/10828201.html in June of this year. 🙂
Hopefully, the BFI have included the wonderful Philip Kemp historic narrative as well as some new additional features. 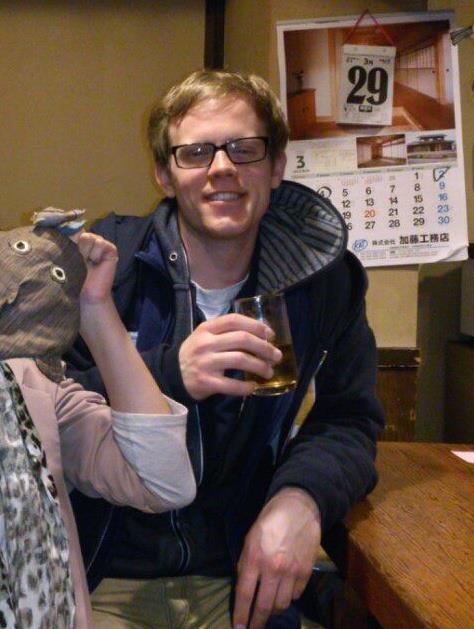 The Magnificent Seven, Seven Samurai, Mad Max, and Army of Darkness all the same concept?

rbeort – I’m not familiar with Army of Darkness except what I just looked up on IMDB, and I haven’t seen Mad Max, but neither of them is an adaptation or remake of Seven Samurai, the earliest of these films and the direct precursor to The Magnificent Seven, an authorized but lesser remake. There’s extensive commentary on both films elsewhere on this site.

The closest similarity I see between Army of Darkness and Mad Max and Seven Samurai/The Magnificent Seven is the need for a disparate group of folks to pull together to defend themselves. If that’s what you mean by the same concept, then I suppose it is, but I know of no evidence that Seven Samurai inspired Mad Max, and it seems even less likely that it inspired Army of Darkness, which IMDB indicates is a sequel to the Evil Dead series of films. Also, neither Seven Samurai nor The Magnificent Seven is post-apocalyptic.

It’s most likely that these films share a common storytelling trope or convention, not anything else. Even when it comes to genre, Seven Samurai is an art film, an action film, a buddy/group film, a war film, and a Japanese film that was influenced by Westerns; The Magnificent Seven is a fairly conventional Hollywood Western (and as such also an action film) that is also a buddy/group movie. From what I can tell, the other two movies are post-apocalyptic horror movies that might also be categorized as action and buddy/group movies.

Vili might want to chime in as well, but I’m familiar enough with Seven Samurai and The Magnificent Seven to want to respond to your question.

rbeort: The Magnificent Seven, Seven Samurai, Mad Max, and Army of Darkness all the same concept?

As lawless pointed out, The Magnificent Seven is a fairly direct remake of Seven Samurai, just in a western setting. The other two films you listed are less directly connected to Kurosawa.

I actually assume that you mean Mad Max 2, which I think bears more resemblance to Seven Samurai than the original Mad Max, unless I get them mixed up in my head. In Mad Max 2 we have Max sort of defending a small town under threat from outlaws, just like in Seven Samurai, but unless I’m mistaken, Mad Max 2 doesn’t have the “gathering of heroes” concept which is at the heart of Seven Samurai. It seems a little more like a western frontier story to me than Seven Samurai, but I would still be very surprised if George Miller didn’t know Kurosawa’s film.

As for Army of Darkness, if I remember correctly the last part of the film has the hero leading the townspeople against the undead army. That sort of has a Seven Samurai feel to it, but ultimately I think the connection is fairly superficial, even if it may have been on some level intended by Sam Raimi.

I must qualify the above by saying that it’s been more than ten years since I saw either Mad Max or Army of Darkness. So, I’d be curious to hear how you think these films are connected to Seven Samurai. It may well be that I’m missing something.

rbeort, Magnificent Seven is a straight up remake of Seven Samurai. I haven’t seen Army of Darkness, but Mad Max isn’t really influenced I think by Seven Samurai. Seven Samurai is generally seen as the ‘original’ film featuring the now common idea of a motley group of fighters getting together for one last battle. Numerous films have followed this idea since then – the best source on this I think is Dolores Martinez’s book on Kurosawa remakes.

“The Road Warrior” is listed as referencing “Seven Samurai.”
http://www.imdb.com/title/tt0047478/movieconnections

It seems a lot of people make the connection.
http://worldcinemadirectory.co.uk/component/film/?id=285

I remember tying the films together in my head sometime near the end of high school. If you haven’t seen “Army of Darkness,” check it out. I liked “Mad Max” more than “The Road Warrior” but it’s also a good watch, at least once. With the new Tom Hardy as Mad Max film coming our way I suppose it’s as good time as any to give them a viewing.