Video: Eastwood on how his love of Kurosawa brought him to Sergio Leone 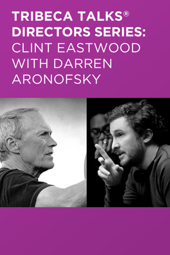 Clint Eastwood recently sat down with Darren Aronofsky for a Tribeca Talks Directors Series discussion following the world premiere of Richard Schickel’s documentary Eastwood Directs: The Untold Story. The discussion between the two filmmakers touches on a wide variety of topics, including Eastwood’s early career experiences with Sergio Leone.

When talking about Leone, Eastwood also mentions Kurosawa. He recollects how it actually was his love of Kurosawa’s Yojimbo that got him interested in doing A Fistful of Dollars with Leone, a director he had never even heard of before. Yet, no one apparently told Eastwood that they were actually not doing a remake of Yojimbo, at least officially, for about halfway through the filming, when he mentioned to some people how he was working on a Yojimbo remake, a producer came up to him and told him not to mention that their film is based on Kurosawa’s. When Eastwood asked why, he was told that the rights were not quite yet cleared. The rest, of course, is history.

You can watch the whole 40 minute video below, or by going to livestream.com. The bits about Leone and Kurosawa start at around the 28:45 mark. Do note that if you run an adblocker, the video may not load properly.

That’s terrific, really entertaining. Its funny though how Clint dodged the question as to whether he was influenced so much by Mifune’s performance.

I really enjoyed it as well, and should have said that it’s definitely worth watching even without the Kurosawa reference.

I was left wondering if Eastwood’s dodging the Mifune question was actually intentional or whether he just forgot the question! He is starting to be of the age where his mind sometimes appears to no longer reside in the same domain as the minds of us mortals, and makes unexpected jumps and connections.

I do hope that he lives at least to the 105 that they talked about, and keeps making films!