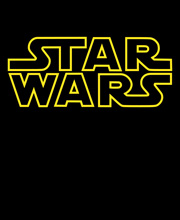 Vulture.com is reporting a rumour that director Zack Snyder (300, Watchmen, Dawn of the Dead) is working on a new Star Wars film which is “loosely based on Akira Kurosawa’s 1954 classic Seven Samurai, with the ronin and katana being replaced by the Force-wielding knights and their iconic lightsabers”.

The article, which has been quoted by many other websites today, goes on to suggest that this rumoured film would not be one of the sequel trilogy, but would be a stand-alone film whose story takes place outside of the now planned three trilogies.

Last time George Lucas’s baby was knocking on Kurosawa’s door was back in 2009, when an episode of the animated Star Wars: The Clone Wars TV series took some inspiration from Seven Samurai. Of course, back then the resemblance was rather small, and it may well be that only the “gathering of heroes” element from the film will be used, as is often the case when Kurosawa and the film get name dropped at the beginning of a project.