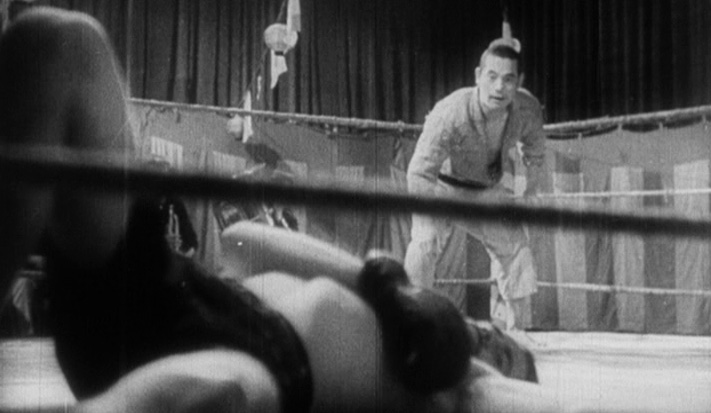 Sanshiro Sugata Part II, released in 1945, was Akira Kurosawa’s third film. It continues the story of Kurosawa’s debut film Sanshiro Sugata, with the titular young martial arts student pushing forward in his training to become a judo master and to discover himself.

Following the box office success of Kurosawa’s debut film Sanshiro Sugata, the film studio Toho wanted more of the same, and as an up-and-coming director who needed his studio’s backing Kurosawa was not in a place to deny them. However, he did not have much personal interest in the project and appears to have decided to follow the instructions quite literally. In most aspects, Sanshiro Sugata Part II is literally “more of the same”, a retrace of the original film, in fact at times almost an unintentional parody of it, tracing through the same characters, motifs and setups, but without the passion or the care given to the first film. Donald Richie has aptly summed up the situation by writing that “in it we have what the original Sugata might have been had an ordinary director done it.”

The film was released on May 3, 1945, towards the end of the Second World War. It is often blatantly propagandist, for instance pitting the hero against an American boxer, whom he handily defeats.

Throughout the film, it is evident that Kurosawa had little interest in making it. As a result, Sanshiro Sugata Part II is a rather unique case of a fairly half-hearted attempt from Kurosawa, and it has the dubious honour of being considered Kurosawa’s weakest film. Yet, the film is not entirely without merit as it continued the director’s development, featuring among other things his first axial cuts and the first instance of Kurosawa appropriating Noh influences into his films. But even then, the story and the visuals as a whole are untypically bland for Kurosawa and devoid of real artistic expression. Richie, again, sums it up best: “it is an entertainment film — quite different from an entertaining film”.

The only Blu-ray edition available is the Japanese release in Toho’s Masterworks collection. It features no English subtitles.

Like the first Sanshiro Sugata film, also its sequel is available in three relatively good DVD editions. These are again by BFI (UK), Criterion (US) and Madman (Australia). The picture quality with all three is worse than their respective Sanshiro Sugata releases, but still perfectly watchable. None have any extras. The BFI and Criterion editions come as part of box sets, while the Madman release can be purchased separately.

BFI’s Sanshiro Sugata Part Two (region 2) comes as part of the Early Kurosawa box set, which is available from Amazon.co.uk. You can find my review of the set here.

Criterion’s edition can be bought as part of the First Films of Akira Kurosawa box set, which can be ordered from Amazon.com and Amazon.ca.

Criterion’s print is also available in the AK 100 box set, which is similarly available from Amazon.com and Amazon.ca. For more information about the set, see here.

Finally, the Australian Madman DVD used to be sold directly through Madman’s website but appears to be no longer available.

Based on: Sanshiro Sugata by Tsuneo Tomita