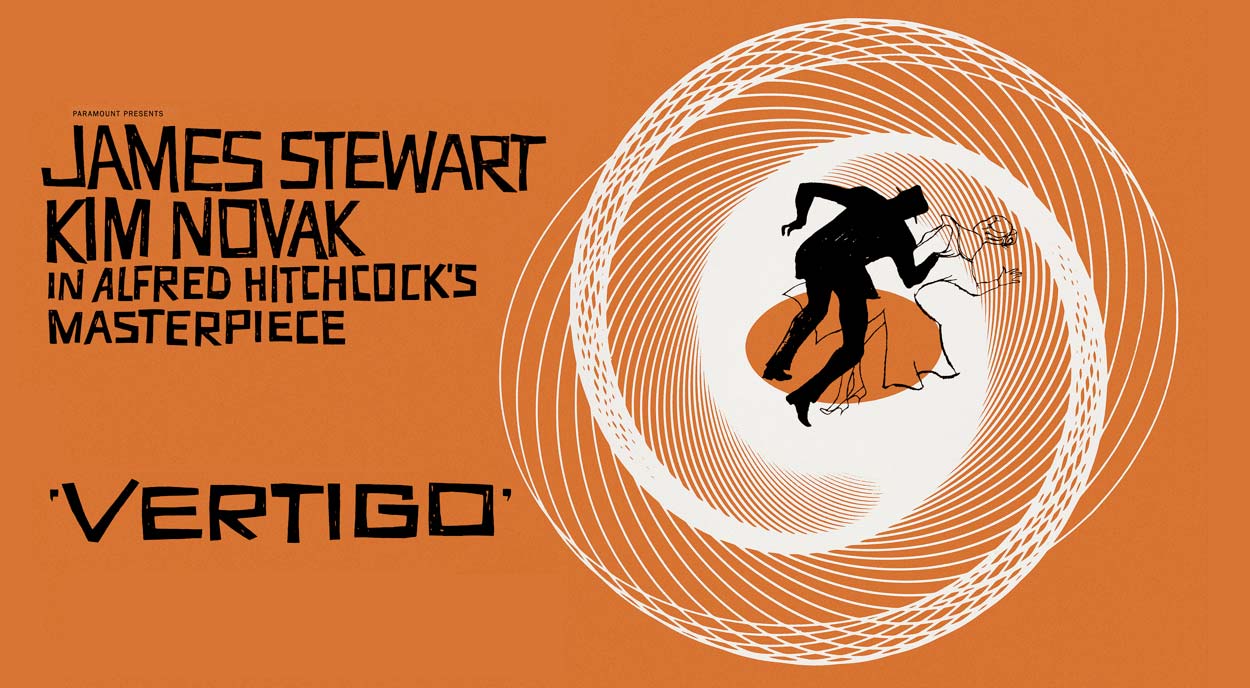 This June brings our film club’s doppelgängers and doubles themed mini series to an end, and what better film to finish the series with than Alfred Hitchcock‘s 1958 thriller Vertigo.

The film likely needs no introduction here, as it’s consistently ranked as one of the greatest movies ever made. It’s also one of those films that are continually discussed and dissected, and its reputation seems to have only increased as more time has passed since its release. Fairly lukewarmly received at the time of its release, Vertigo underwent something of a critical re-evaluation in the 1980s.

Hitchcock, a little like Kurosawa, was quite obsessed with the double motif, and many of his films feature mirroring characters and setups. That said, I can’t claim to be an expert on matters Hitchockian, so I would rather point you to the following articles, which all explore this theme in Hitchcock’s films in more detail:

There is, of course, far more to Vertigo that just doubles. It is a film about obsession, observation, guilt and delusion. It has been interpreted as both a misogynist and a feminist deconstruction, among other things. It’s a lot of things to a lot of people. What is it to you? Leave your thoughts below in the comments, or open a new forum topic to explore more specific ideas.

Vertigo is widely available and should be fairly easy for you to get hold of, wherever in the world you are. As always, check Google Play, YouTube rentals, iTunes, Amazon and other retailers.

I saw this for the first time last year – the new restored version. Its absolutely gorgeous to look at, SF looks so beautiful in it, although the entire city looks empty during those famous scenes where the characters follow each other through the city. As with a lot of Hitchcock films I always have a few mixed feelings about them – lots of brilliance of course, but then (for me) often spoiled with some overly artificial scenes and sometimes hard to swallow plot twists. While this is a great move, I did find the whole doppelgänger as aspect to the story a little hard to believe.